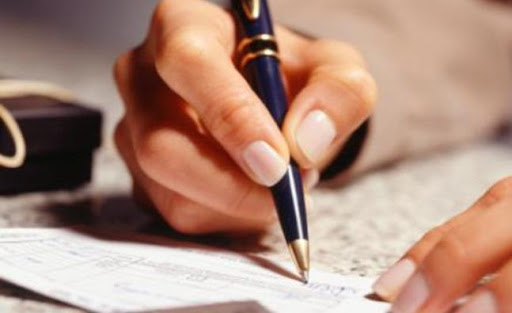 Today (September 16, 2020), one day before a Federal district court in San Francisco is going to hold a hearing on Executive Order on Addressing the Threat Posed by WeChat, 122 Chinese American organizations from over 35 states have endorsed UCA’s Open Letter to the White House Regarding WeChat Ban, asking the White House to reverse or rescind this Executive Order.

The Executive Order on WeChat is problematic on many levels. Whether it is the technology difficulty in implementing such a ban or its shaky legal groundwork, this ban just makes no sense, as we have pointed out in our letter (below). It is potentially violating First Amendment rights and disrupting the way of life for millions of Americans.

Banning WeChat isn’t just causing an inconvenience to millions of Chinese Americans, it is part of the far larger effort by this administration to implement the dubious Clean Network, a hawkish initiative to decouple China technically from US and the rest of the world. This goes against the consensus and sustained policy of all previous administrations to maintain a universally open and free Internet.

“Although we very much loath the restriction on freedom of speech imposed on WeChat by the Chinese government, the overwhelming majority of our community is strongly against such an outright ban. But more importantly, we at UCA think this executive order is just wrong. All I can say is Mr. President, it is unAmerican to restrict the freedom of American people. Just rescind your executive order, please,” says UCA President Haipei Shue.

Open Letter to the White House Regarding WeChat Ban

The undersigned organizations would like to express our grave concern about the two Executive Orders you issued on August 6th, 2020, effectively banning the WeChat and TikTok applications.

If fully implemented, these Executive Orders will likely violate constitutional protections for all Americans and erode the American rule of law. In addition, these orders will most certainly harm American business operations and their ability to compete in China. But most importantly, these orders will tarnish America’s moral standing in the world, and certainly have an adverse and disparate impact on the lives of many Americans, including millions of Chinese Americans, by chilling their ability to freely communicate with others throughout the world. As such, we respectfully request that you rescind the two Executive Orders.

WeChat and TikTok are popular applications owned by companies in China that are used by hundreds of millions of people globally, not just in China. In the case of WeChat, a mobile communication and commercial platform, many Chinese Americans rely on the application for daily communication with their families and loved ones in China, for conducting business internationally, for civic participation and free political expression in America, and also for exchanging news and opinions that may not be easily available inside China. Thus, these Executive Orders would severely disrupt and uproot the way of life for millions of Americans, as well as limit the free exchange of ideas and facts both here and abroad.

While we recognize the privacy and cyber security concerns noted in the Executive Orders, and we loathe the restriction of freedom of speech on Wechat by the Chinese Government, to dictate and control the way Americans choose the Internet platforms and access information would fly against the openness and democratic values that are at the core of the American spirit. This unnecessarily restrictive and imperious action is out of sync with our core values and American constitutional principles like freedom of speech, and the right to due process under the rule of law. Furthermore, by banning these popular platforms according to the dictates of US government, we are moving dangerously close to the very censorship we so much loathe and often condemn in autocratic societies.

Mr. President, the United States has long stood for an open and free Internet. These Executive Orders, coupled with the Clean Network initiative your Administration has taken targeting China, would effectively create two separate and decoupled internets, which will only serve to restrict the free flow of information to and from China, and reverse the long-held national policy of an open and free Internet held by all previous administrations.

At a time of global pandemic and economic crises, this world needs more free and open communication and cooperation among the nations, not less. Starting an all-out Cold War on the technology front with China during a pandemic is certainly not in the best interest of the United States and this world.

As such, we respectfully request that you revoke the two Executive Orders. Sincerely yours,