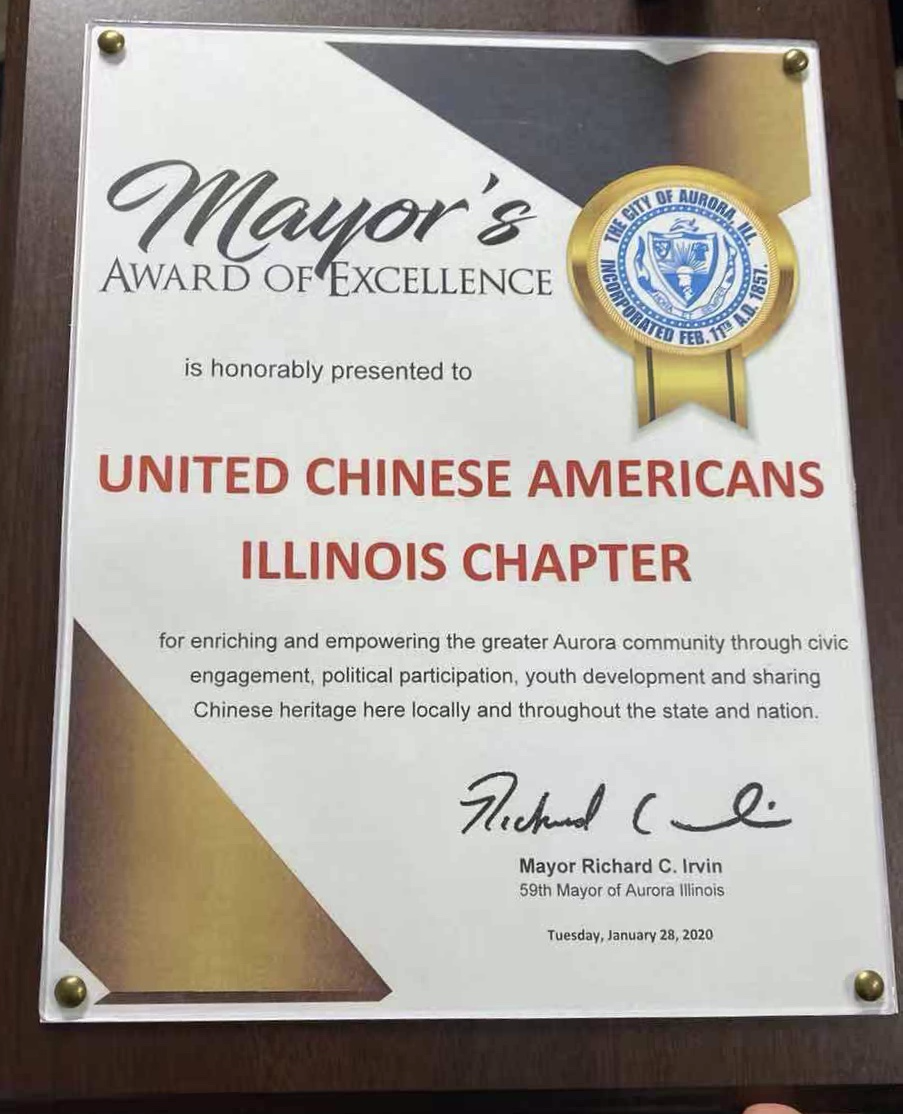 UCA-IL received award from the Mayor of Aurora

She expressed UCA’s great appreciation for the City of Aurora’s strong support to help built a welcoming and inclusive communities for all ethnic group of people. Ms. Judy Ni  from windfall Group/Pacifica Square, a founding member of UCA, also received an award. The council meeting is held during Chinese New Year celebration. The meeting started by honoring UCA and Windfall Group as the first agenda for the evening. That speaks volume. Working together, Chinese community can make a huge difference in this country, as small as our neighborhood, as big as our presidential candidate.

Aurora is the second largest city in Illinois.