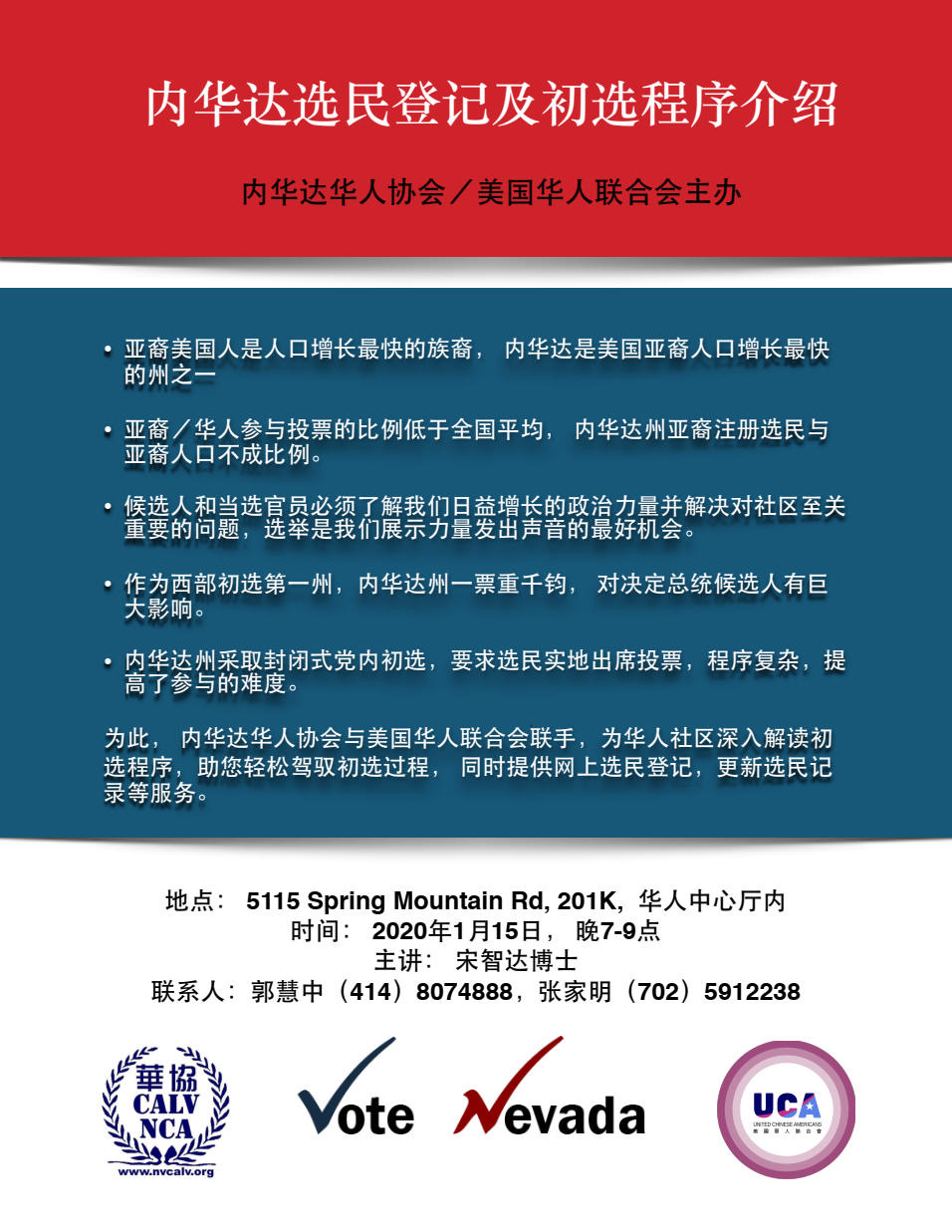 Asian Americans are the fastest growing ethnic group. Between 2000 and 2010，Asian-Americans population grew by 46 percent, far more than the national population growth rate of 10 percent. Since 2008, there have been more immigrants from Asia than anywhere else in the world.

Nevada is one of the fastest growing states with Asian-American populations.  Since 2000, Nevada’s AAPI population has grown by 140 percent, and eligible Asian-American voters in Nevada have accounted for more than 5 percent of all voters. Candidates and elected officials must understand our growing political power and address issues that are vital to our communities.

Elections are our best chance to show our strength. The proportion of Asians/Chinese participating in elections is lower than the national average, and as a result, our voices and needs have been ignored for a long time. There have been many times in history that an election outcome was determined by a single ballot, each vote counts!

As the first state in the West to hold a presidential primary, Nevadans play a crucial role.  Nevada caucuses will have huge impacts on the final decision of who would be the presidential candidate.  However the closed-party caucus is a complex process that has made first-time participation more difficult.

Nevada Chinese Association and the United Chinese Americans will hold a seminar to provide in-depth explanation to the caucus process for the Las Vegas Chinese community.  It will help Chinese voters navigate the caucus process with confidence.  In addition the organizations will provide online voter registration, voter information update and other services on site.