On the afternoon of Saturday, April 3, UCA and CAFA co-hosted a virtual Self-Defense and Empowerment Training featuring instructor Mary Amato. Mary is a second-degree black belt in karate and a seasoned self-defense instructor, having taught people of all ages. She demonstrated important self-defense techniques, including breaking out of chokeholds, using one’s own strong areas such as the palms, elbows, knees, and feet to defend oneself, and targeting weaker areas on the attacker’s body (eyes, diaphragm, and groin, as well as temples, kidneys, knees). She also answered all of the audience’s concerns graciously and comprehensively throughout the session, moderated by UCA WAVES Youth Ambassador Jennifer Tu. Afterwards, Mary and UCA WAVES consulting psychiatrist Dr. Sen Xu stayed for a Q&A, during which participants got to learn more about coping with anti-racism and applying self-defense techniques in real life.

After the webinar, Mary said, “Thank you all so much for giving me this opportunity. I am honored to be able to be a part of something so great.” As a UCA community, we are also honored and grateful for her humility, empathy, and generosity, as well as that of the team who organized the event.

Please see our report of aggregate data collected from the event pre-survey here.

Conclusive remarks:
The registration survey results indicate that the recent surge in anti-Asian hate crimes and racially targeted assaults and attacks have negatively impacted our community’s well being. Although a convenient sample was used in the survey analysis and the results reported herein need to be interpreted with caution, the general findings are consistent with other reports on similar issues. There is an urgency to unite and mobilize our community members to stand up and speak out against any forms of racism, bigotry, and xenophobia. As a community grassroot organization, UCA can play an important role in supporting local Chinese and Asian American organizations’ effort in fighting racism and discrimination and promoting diversity, inclusion, and equity.

Self-Defense and Empowerment Training slides
(not for instruction, but recognition of team members) 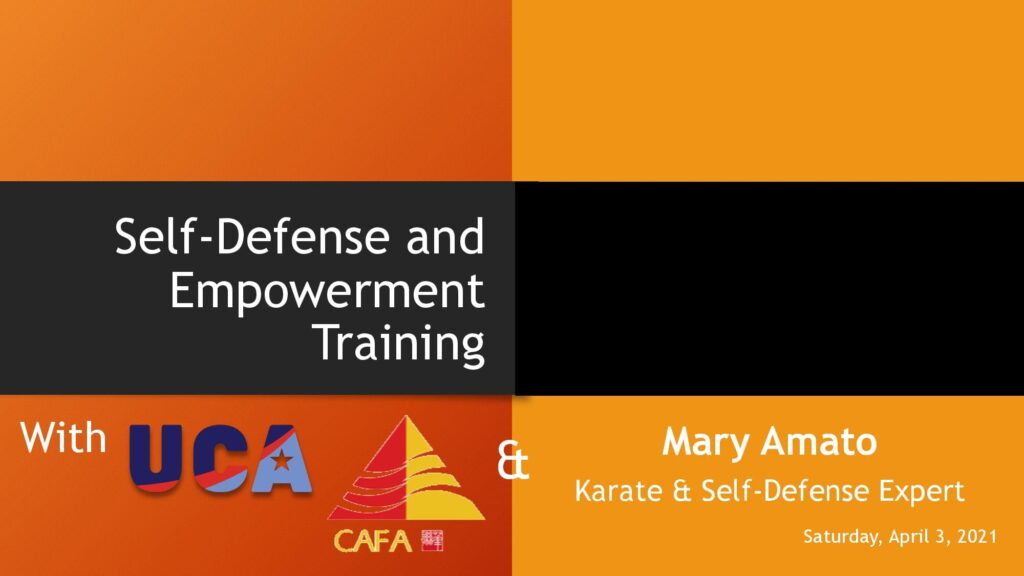 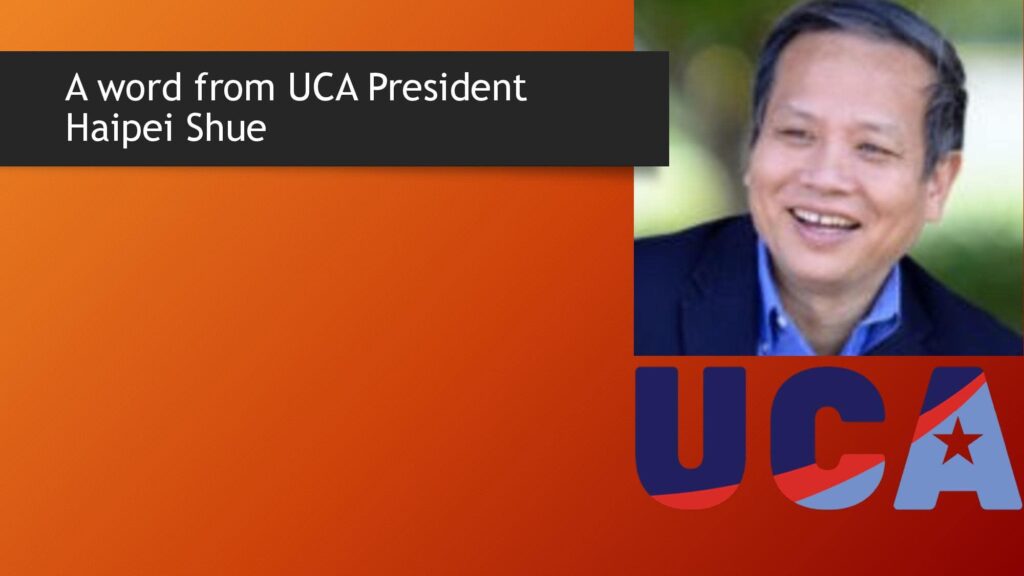 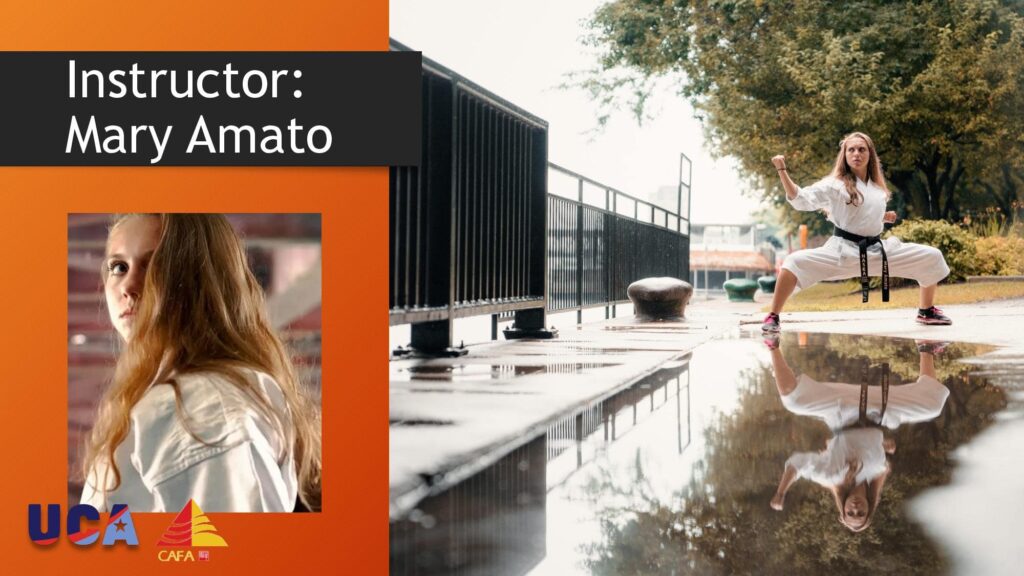 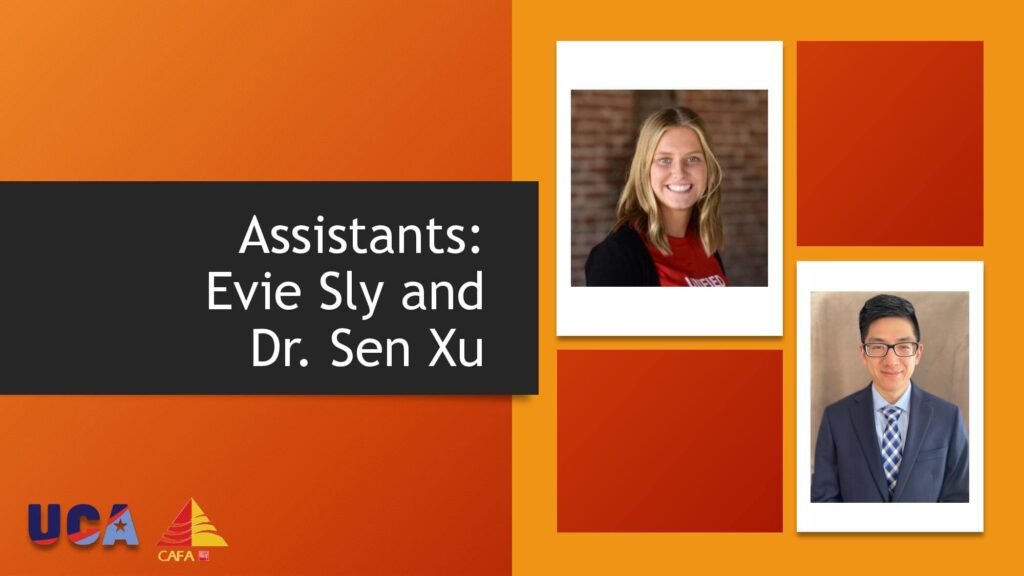 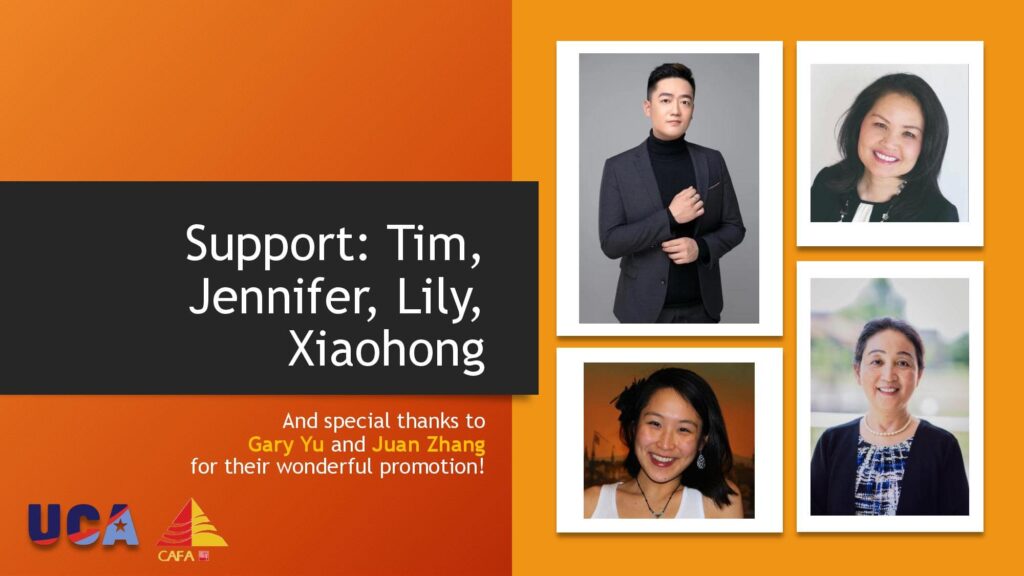 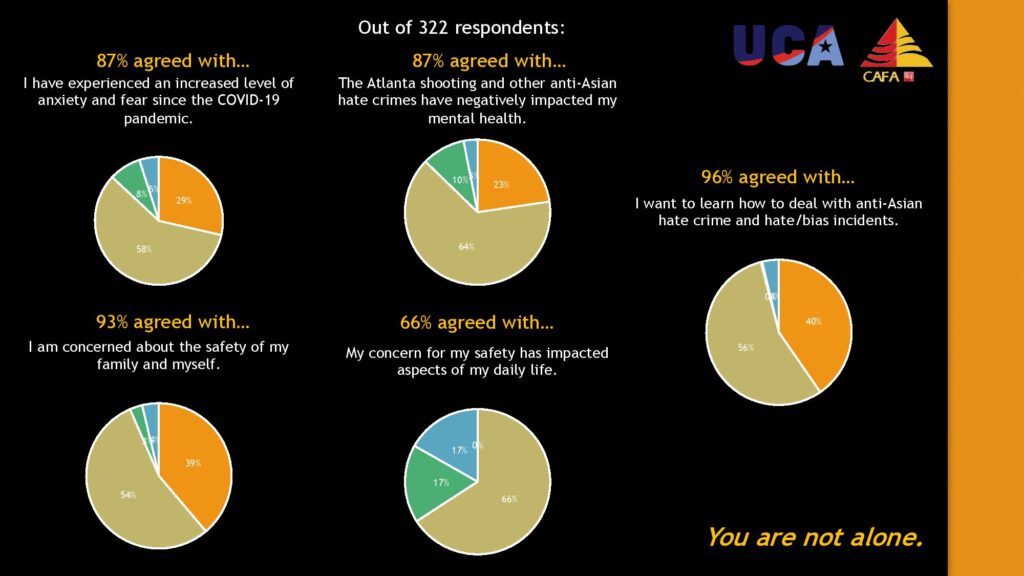 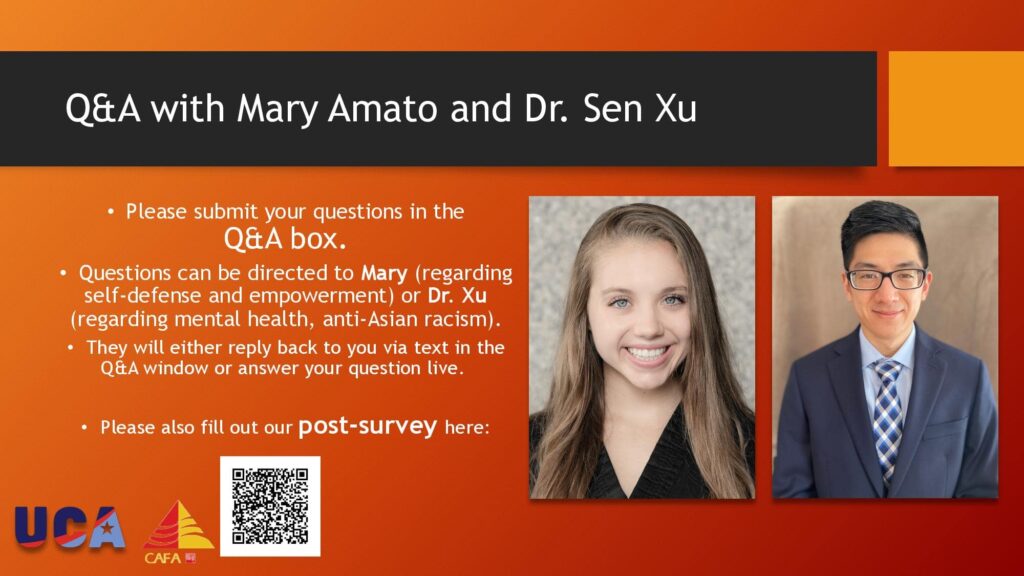 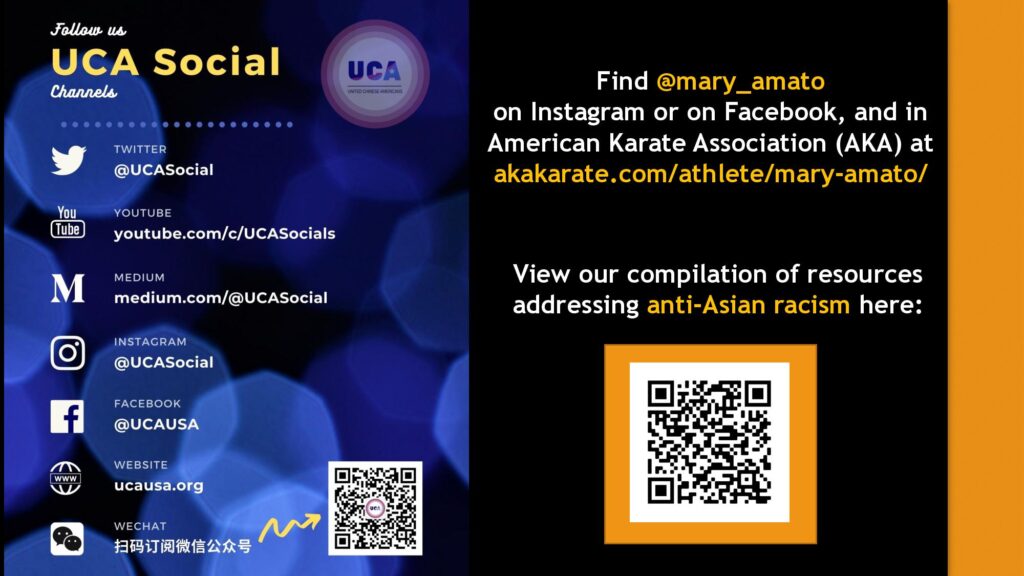