This month, Yale Compassionate Home, Action Together (CHATogether) and United Chinese Americans (UCA) WAVES partnered to put on a webinar” Building Emotional and Relational Health Through Child-Parent Theater”. Our webinar included an overview of CHATogether, a child-parent skit, and a panel discussion on how to effectively communicate with children when they are going through mental health difficulties. CHATogether is an initiative led by Eunice Yuen, MD PhD that started during the pandemic in response to anti-Asian hate crimes. CHATogether uses artistic outlets, such as interactive theater and graphic novels, to destigmatize mental health and promote healthy communication in Asian American families and communities.

During the skit, participants saw a drama vignette that captured specific themes of child-parent conflict, such as challenges communicating in multiple languages and different perspectives on accessing mental healthcare. The son and his mom had a heated conversation where the son expressed he was struggling to handle various stressors in his life, including loneliness in the pandemic, sickness in the family, and racism on social media. After watching the problematic interaction, Dr. Yuen moderated a session in which the son and mother talked through the interaction and then enacted a more helpful alternative scenario in which they had more empathetic, curious communication.

Our panel of experts included Jessica Ouyang MD, Sen Xu MD, Janie Cao, MD, MPH, and Szu-Hui Lee, PhD, ABPP. Dr. Jessica Ouyang advised parents to make sure they are in a good mental and emotional state before engaging with their children. For example, parents should assess whether they are calm enough to listen before asking about their child’s mental health. Dr. Sen Xu shared that mental illnesses have physiological and biological causes, and that treatments, including therapy and medications, have been shown to improve symptoms. He also talked briefly about how mental health providers assess safety risk for suicide. Dr. Janie Cao reminded us about the power of validation, or 认可 (rèn kě) in Chinese. She describes validation as not necessitating agreement but rather as an acknowledgment that what someone is feeling can be their reality. Finally, Dr. Szu-Hui Lee addressed how parents can respond to bullying, which begins with “listening to understand” rather than listening to tell your own story or opinion. She recommends that parents partner with their child to figure out next steps in addressing bullying, rather than go on their own mission to problem-solve and further alienate their child in the process. 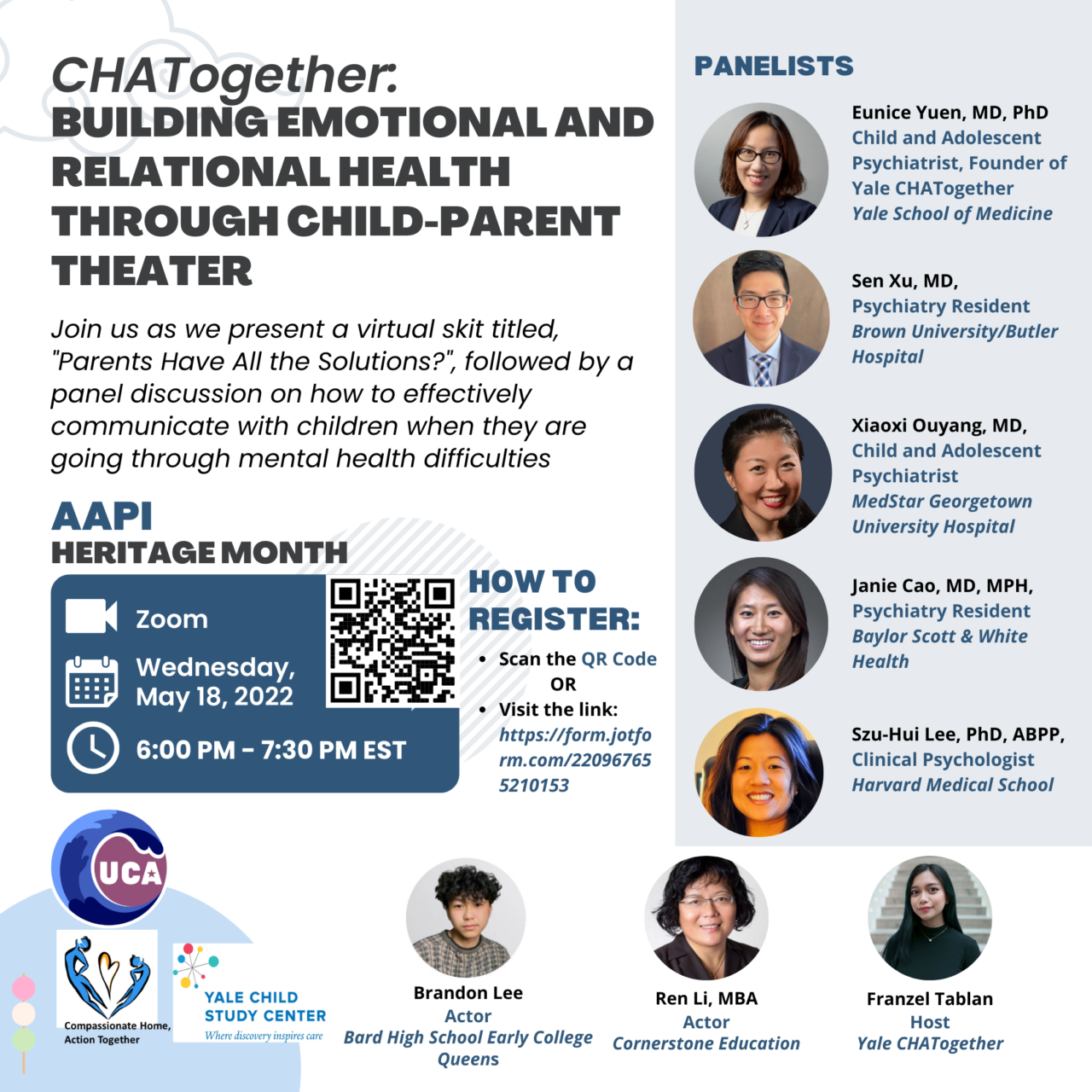