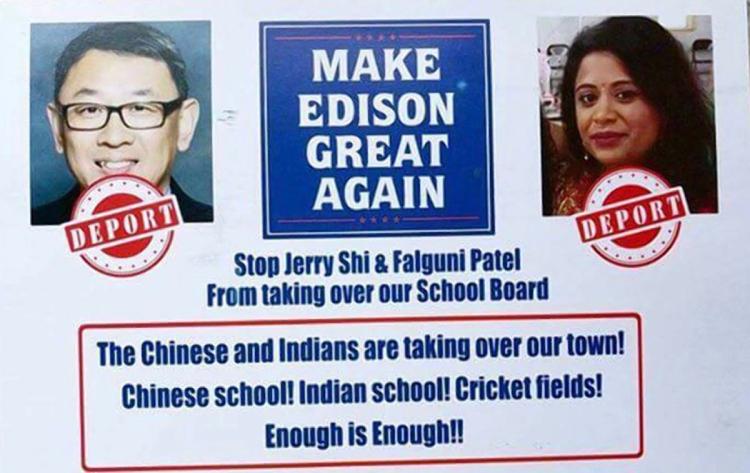 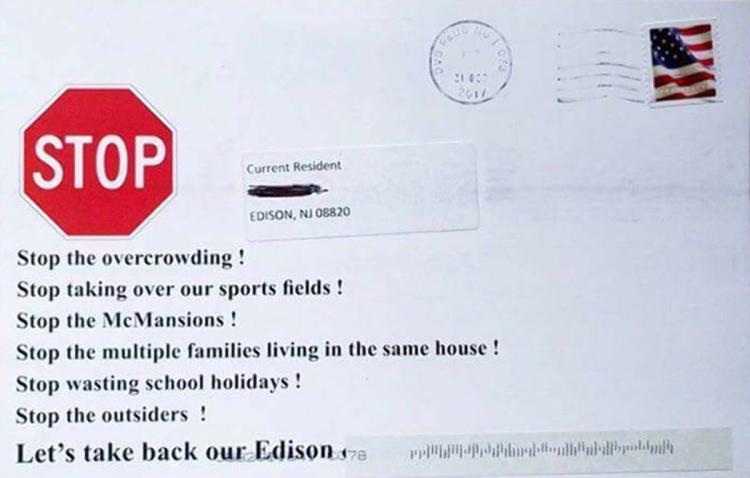 Unnamed and unsigned postcards with explicit and hateful racist remarks showed up in many households’ mailboxes in the winding days of a middle New Jersey school board election, targeting a Chinese American and an Indian American candidate.

With words “DEPORT” flashed cross the candidates’ face, and with bullet points like “Chinese School! Indian School! Enough is Enough!!”, “Stop the Outsiders!” and “Let’s take back our Edison!”, this coward act has shocked and angered the local Chinese American, Indian American and other communities for its glaring racist intent and unacceptable inflammatory language.

Such hateful and racist remarks have no place in America today. It sows only divide, hatred and discrimination among peoples, pitting one community against another. And it created a chilling and intimidating effect for minority candidates across the country. Says UCA president Haipei Shue “This is totally Un-American! It must stop! I call on all fair-minded New Jerseyans to come out to vote on Nov 7! Your vote is your way and your opportunity to say no to racism, hatred and divisiveness!”

To make sure the integrity of American election process is protected, and as a nationwide Chinese American federation, UCA calls on Justice Department, Federal Election Commission and state authorities of New Jersey to immediately open an investigation into this troubling racist campaign tactic against minority candidates, while providing a fair and civic environment for the election process to be carried out in a fair and non-intimidated manner.