This document is for United Chinese Americans (UCA), UCA chapters, and all UCA partners and friends. It was written for people who attended the 2021 UCA Congressional Outreach Campaign event on August 5, 2021 and plan to do outreach to their Congressional Member of Congress. This FAQ (frequently asked questions) sheet is a compilation of questions that were asked at and after the 2021 UCA Congressional Outreach Campaign event on Aug. 5. The document also includes questions that people might be thinking and answers that contain valuable information in this political engagement effort. The answers below are the answers from the speakers at that event, from Congressional Members of Congress and their staff, and from UCA.

Index of Questions in this Document:

Q1: What is Congress?

A: According to the official U.S. government website: “Established by Article I of the Constitution, the Legislative Branch consists of the House of Representatives and the Senate, which together form the United States Congress. The Constitution grants Congress the sole authority to enact legislation and declare war, the right to confirm or reject many Presidential appointments, and substantial investigative powers.” The House of Representatives and the Senate are each called a “chamber” of Congress.

“The House of Representatives is made up of 435 elected members, divided among the 50 states in proportion to their total population. Members of the House are elected every two years and must be 25 years of age, a U.S. citizen for at least seven years, and a resident of the state (but not necessarily the district) they represent.”

“The Senate is composed of 100 Senators, 2 for each state. Until the ratification of the 17th Amendment in 1913, Senators were chosen by state legislatures, not by popular vote. Since then, they have been elected to six-year terms by the people of each state.

“Senators’ terms are staggered so that about one-third of the Senate is up for reelection every two years. Senators must be 30 years of age, U.S. citizens for at least nine years, and residents of the state they represent.”

Q2: What kind of impact can we expect these meetings to have?

A: Congressional Members of Congress (Members) and their staff routinely meet with constituents in their congressional districts to stay close to current issues. These meetings are integral to the American representative political process, and they are impactful. We can continue this practice of reaching out to our elected officials and being involved to build relationships. As the constituent, it is important your voice and perspective is known so your elected official knows where you stand and how you feel – this can influence the decisions they make that impact your life.

Q3: What direct goals can we achieve from these meetings?

Please take a photo of those in the meeting who give consent and permission to be photographed for your group’s and UCA’s use on the web, in materials and emails, and on social media. Email us the photo(s) at info@ucausa.org, and when posting online, please use the hashtag #UCAEngaged. By taking a photo of your meeting, you help to increase awareness about this Congressional Outreach Campaign and how important it is that we as Chinese Americans get involved in the political process.

Q4: What is a good group size to assemble, and who can be included in this group to meet with the Member?

A: The optimal group size is around 5-12 people in one group meeting. This group can include any interested community members, especially those who have been actively involved and engaged. It can be effective to include young people and students as well, so don’t rule them out/exclude them from the meeting if they’d like to be included.

Q5: How do I initiate a meeting request with a congressional office?

A: Find your Member – and their online request form or email address – at https://www.congress.gov/members. 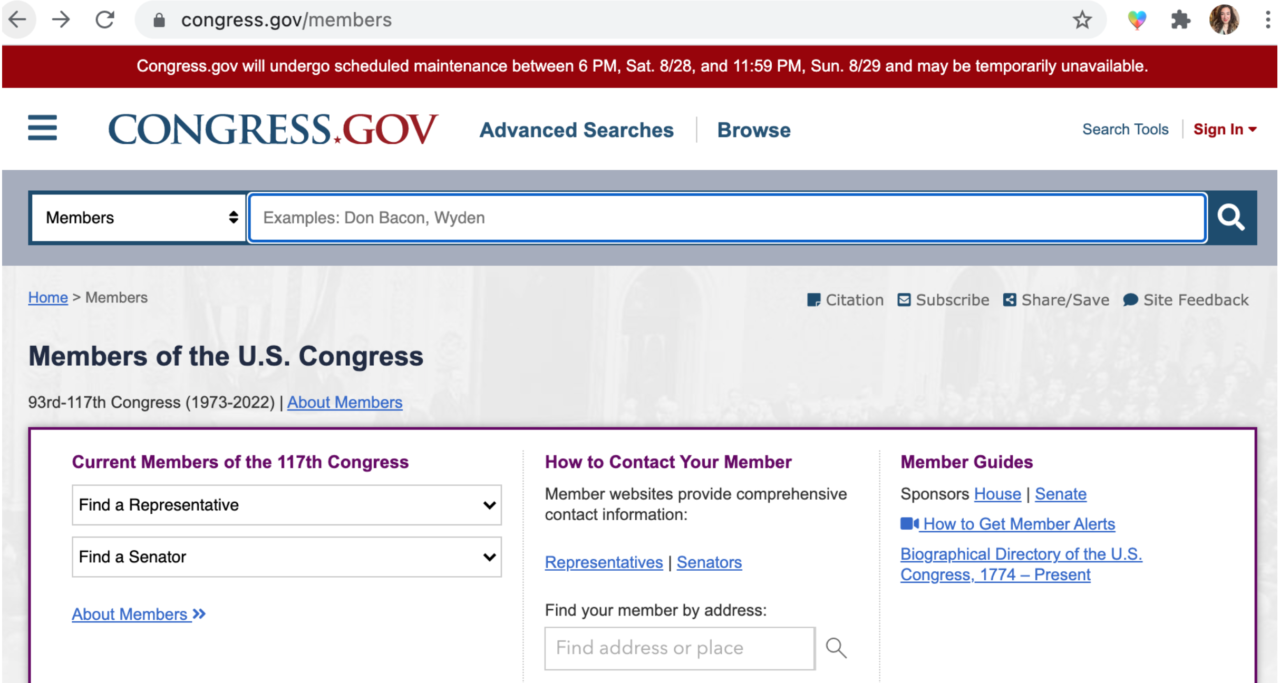 In the middle column of the “Members of the U.S. Congress” webpage, you will see the header “How to Contact Your Member.” Type in your zip code into the “Find address or place” field, and click the magnifying glass icon that is directly to the right of that field. 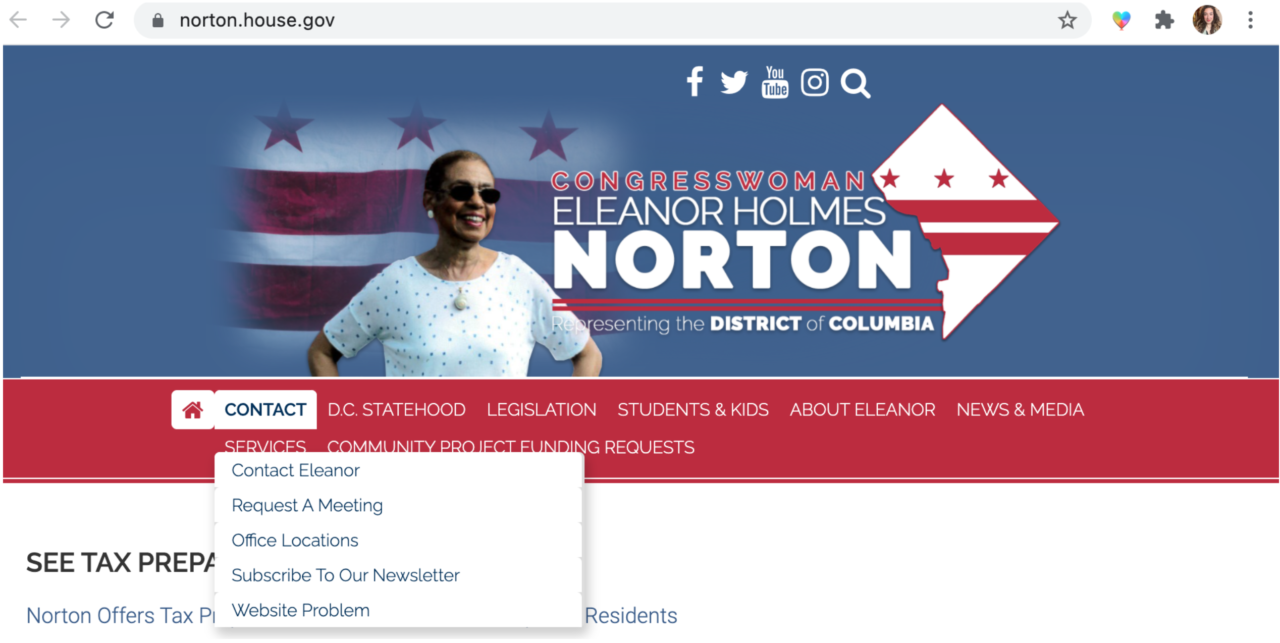 When you send your email or message to your Member and their office: In the subject line, include “Meeting Request.” In the body of the message, include your agenda for the meeting, the participants’ names and where they reside, contact information for your group, and desired format of meeting (example: “We request a virtual meeting.”). Providing all of this information helps the Member and their office prepare for your meeting.

Q6: How do I build a good relationship with the Member and their office?

A: First, reach out and always be polite. Be courteous and kind, and express your needs clearly and directly in a professional way. Treat everyone with respect, and remember that the staffers are professionals who work in public service to help communities; they want to help you.

Q7: Should we request a virtual meeting or in-person meeting?

A: Virtual meetings are recommended in the current situation due to the pandemic.

Q8: If the congressional office says the Member is not available but a staff member can meet with us, how should we respond?

Q9: How much time can we expect to have at these meetings?

A: Initial meetings between the Member and constituent groups are usually scheduled for only 15-20 minutes. If a senior staff member meets with your group, you may have 30-60 minutes with the staff in the meeting.

Q10: How to prepare before we go to the meeting?

A: Use UCA’s “Talking Points” document to help you prepare your messaging. And, a powerful tool of communication is your lived experience. Do not shy away from a short story about how you yourself have been impacted by racism, or how you felt when you heard about the “China Initiative” or Asian American history being included in U.S. history lessons, or how you feel when you heard about another member of the Asian American and Native Hawaiian Pacific Islander community being attacked – or when you yourself were attacked. This is very real; your experiences, concerns, fears, and ideas are valid, and this is why we are doing this 2021 UCA Congressional Outreach Campaign – so people like you can have their voices and perspectives heard. People remember stories more than anything else.

Before the meeting, it is good to practice your clear, concise, and straightforward messaging – you will only have a limited amount of time in the meeting. Remember that there will be others in the meeting with you as well. Plan with your group to determine who will be the lead and how much time each speaker gets. (See Q8 above for meeting time.) These coordinated efforts are especially important for virtual meetings. People who plan to speak should rehearse and can come in with scripts, statistics, and reference documents. If you don’t have time to say everything, you can email them after the meeting.

Q11: How can we follow up with the Member and their office after the meeting?

A: Follow up by email/message and by calling the office. Don’t forget to thank them regardless of their stances. In your follow-up, you can recap your key messages and provide any materials.

Q12: Are there certain comments and statements that we should stay clear of?

A: No matter with whom you are communicating, always be polite and kind. Keep this in mind especially when communicating with people who may have opposing stances or views.

Please keep in mind that as an organization, UCA doesn’t endorse candidates in elections. As an individual, you of course can.

Share only your own experiences, perspectives, and ideas. Don’t speak for other people.