UCA calls on Chinese American and Asian American communities to stand with UCA in condemning former President Trump’s racist, hateful and slanderous language regarding Elaine Chao, former US Secretary of Transportation and US Secretary of Labor. UCA further calls on American patriots of all party affiliations to join UCA in condemning his shameless and unacceptable behavior! Hate, racism, insult, and slander has no place in any civilized world. It should certainly have no place in America. As an extraordinary Chinese American, Elaine Chao is one of our own. An attack on her is an attack on us all. We stand with Elaine Chao! 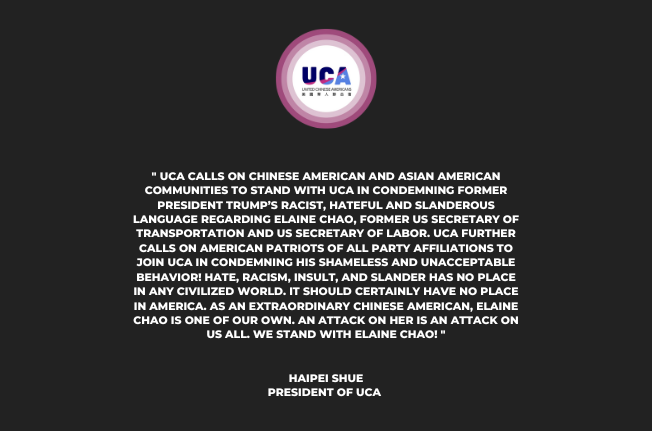