UCA is a coalition of grass-root community organizations dedicated to the enrichment and empowerment of the Chinese American community in the United States. UCA was formed at the first Chinese American Convention in September 2016 and has since grown into a national federation of 12 local chapters in Atlanta, Connecticut, Illinois, Iowa, Massachusetts, Nevada, New Jersey, Washington State, West Virginia, Wisconsin, New York City and San Francisco and over 30 community partners nationwide.

Attached please find our sponsor kit for your review. If you are interested in our sponsorship opportunities, please contact us at (206) 708-0399 or info@ucausa.org by email.

For more information about UCA, please visit: https://ucausa.org/
Please feel free to contact us if you have any questions. Your consideration and support will be greatly appreciated! 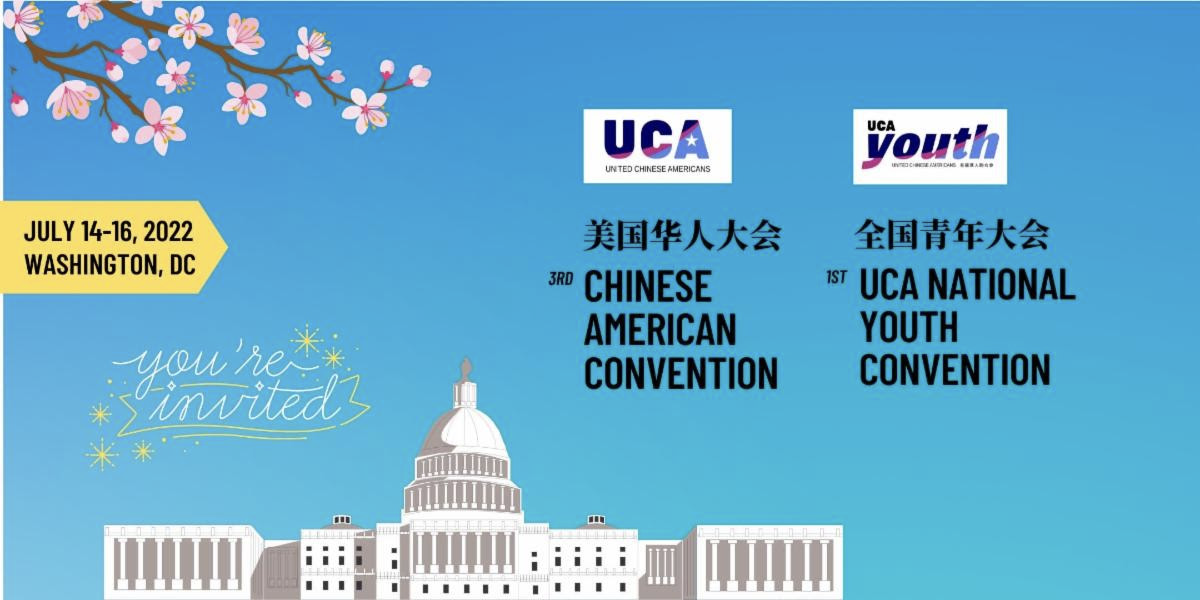 Chinese American Convention (美国华人大会), held every two years, is a national and open convening platform for Chinese communities. Organized by the United Chinese Americans (UCA), a national community-based coalition and civic movement, the first and second conventions were held in 2016 and 2018 respectively. Due to the pandemic, the third convention, originally scheduled for 2020, has been postponed to the summer of 2022. As with our first two successful conventions, our third convention will bring together hundreds of community and civic leaders, activists, elected officials, academics as well as business leaders and entrepreneurs from across the country. They will come together to discuss issues and concerns, share unique experiences, forge consensus and common agenda, and explore opportunities to work together. For 2022, UCA will also hold its inaugural “UCA National Youth Convention” (UCA 全国青年大 会), where hundreds of young students (high school and college) will convene in the nation’s capital to network, learn from each other, expose themselves to new ideas and initiatives, and ultimately nurture a youth movement for change among the Chinese American community. 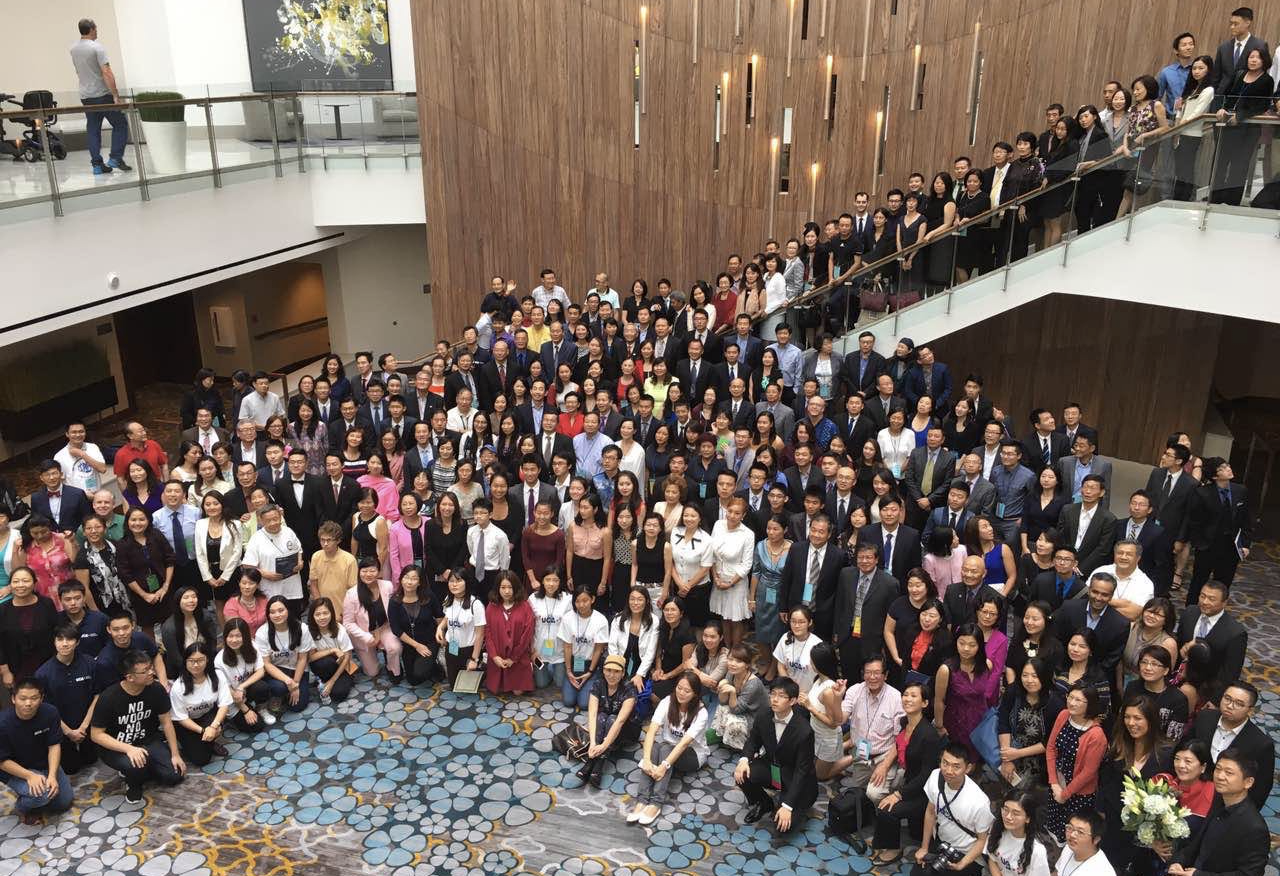 Statistics of the 2018 Chinese American Convention

Demographics of the Delegates 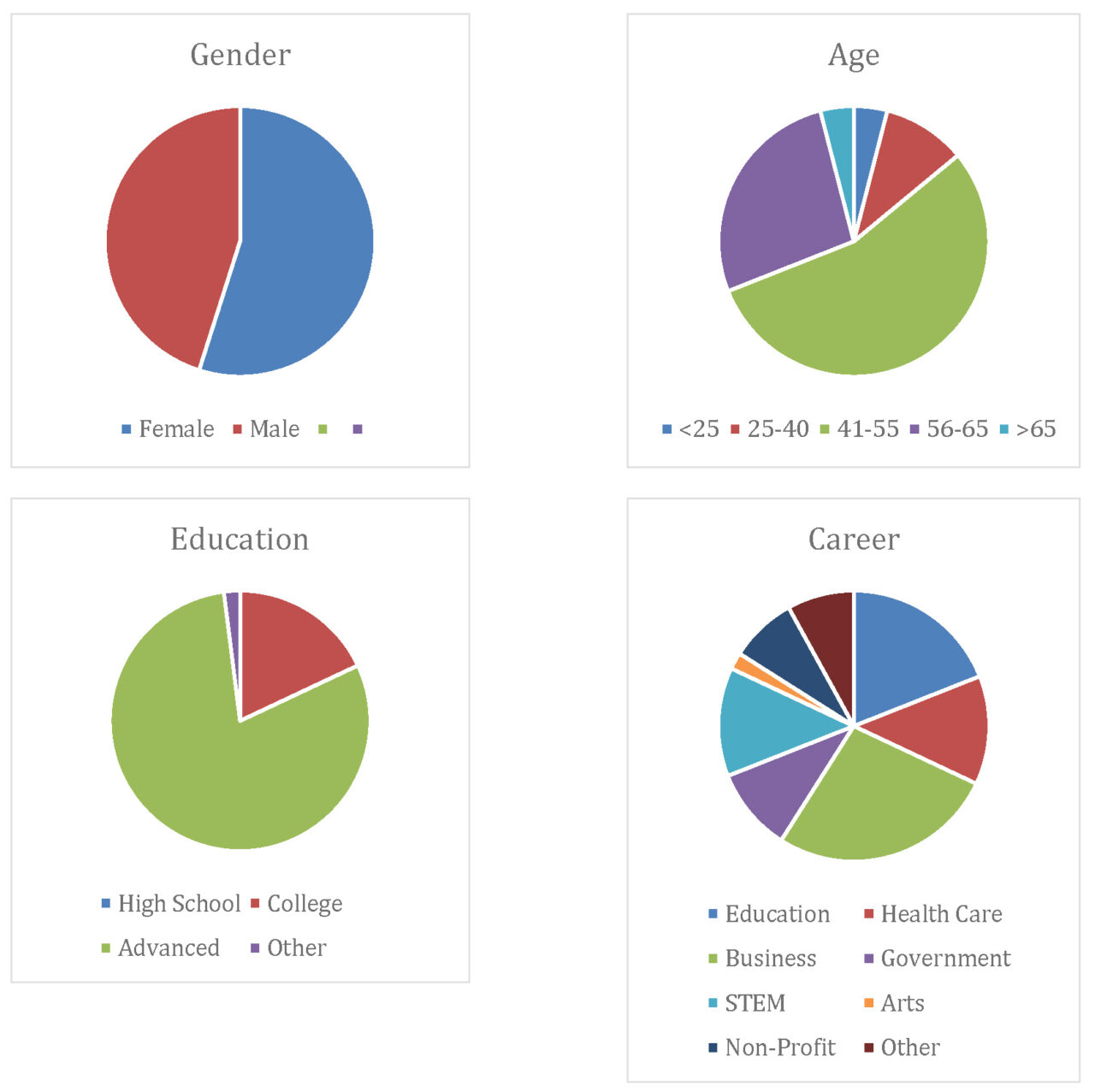 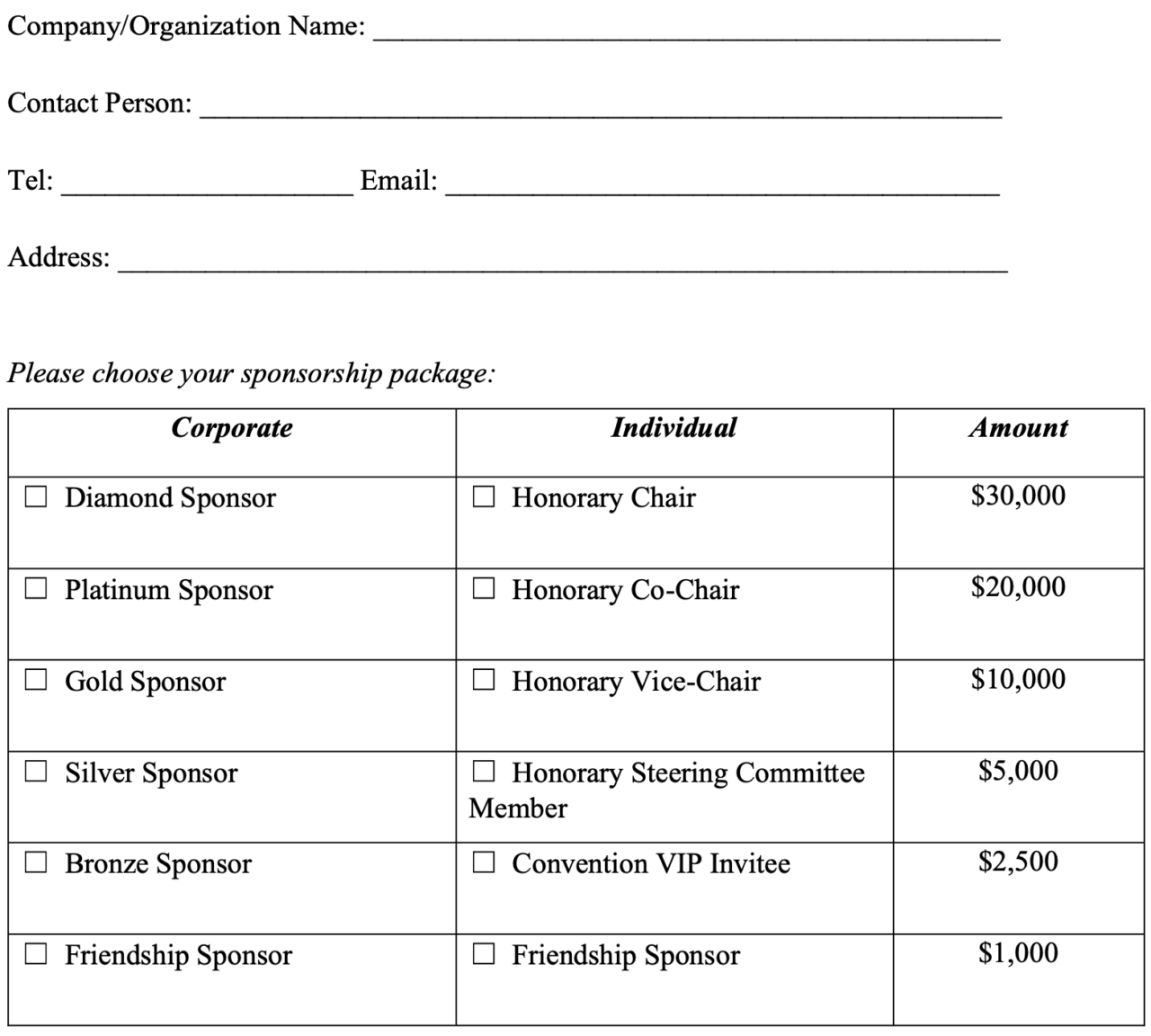 Please email this page to info@ucausa.org to confirm your sponsorship. Thank you!

Make check payable to United Chinese Americans (UCA) and mail the check to:

Please write “for 2022 UCA Convention Sponsorship” in the note section.

Please write “for 2022 UCA Convention Sponsorship” as the purpose of the transfer. 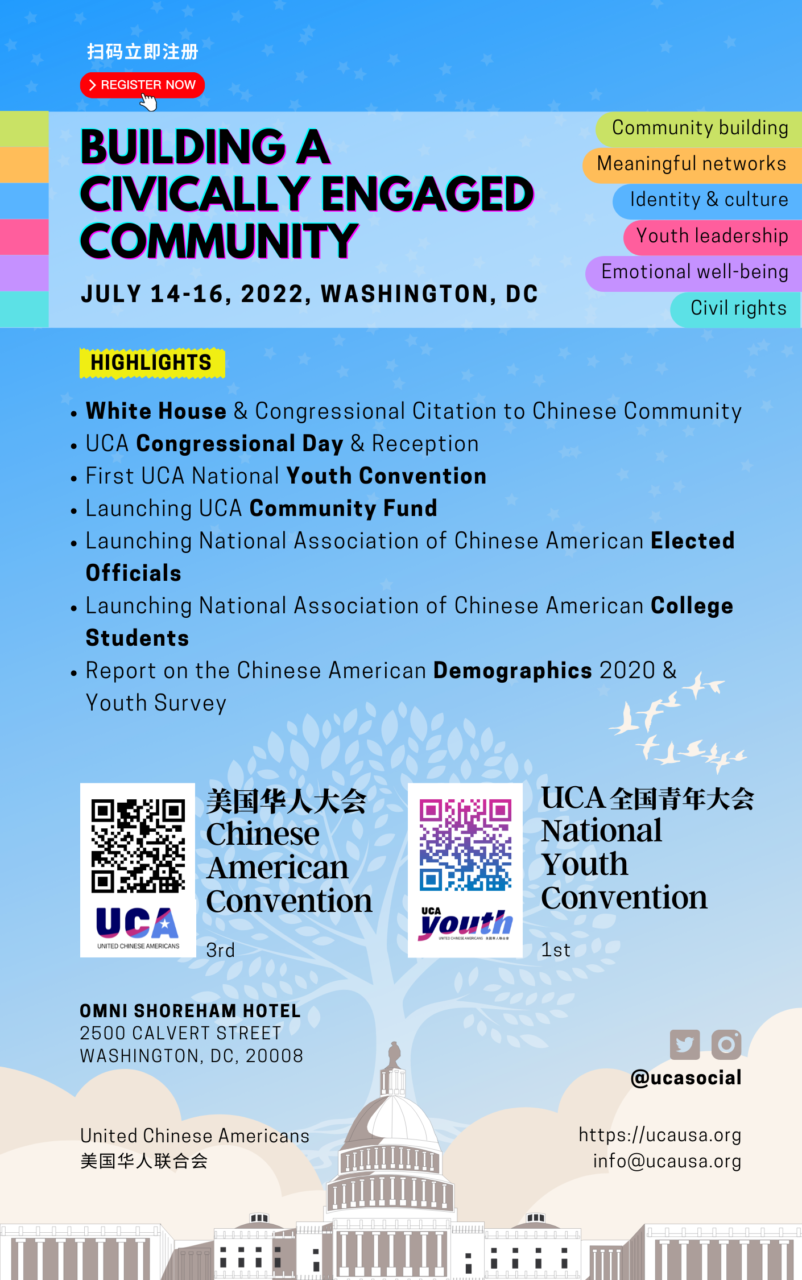 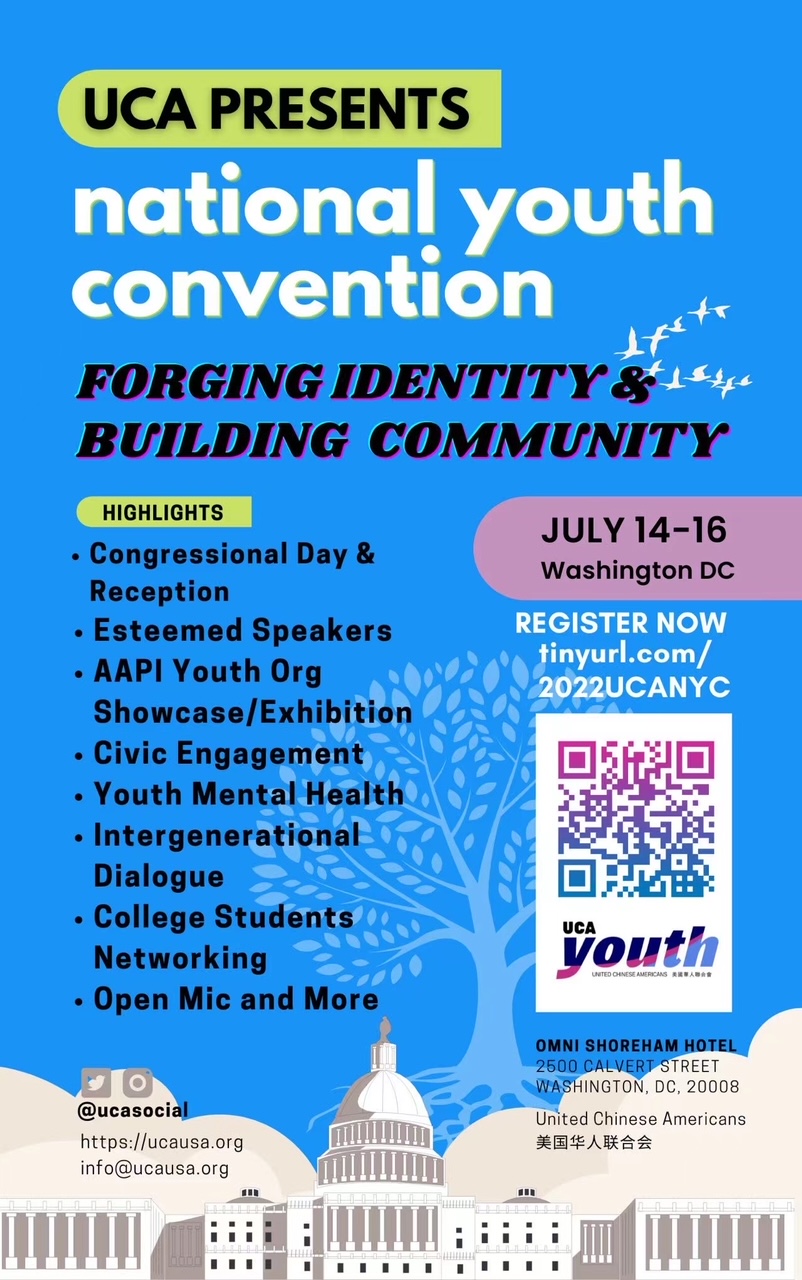