United Chinese Americans (UCA) condemns all violence and racism, including the November 9, 2021 senseless killing of a Chinese international student in Chicago and the Nov. 17, 2021 anti-Asian racial bullying and beating of Chinese American teenage students in Philadelphia transit trains.

While it is true these incidents are just a few among thousands, it is important to state that our communities are still validly feeling increased fear for their safety due to anti-Asian sentiments and violence: UCA demands public safety improvement from our government and leaders on all levels and calls for an all-of-society effort to invest more in educating and nurturing the next generation of Americans.

As an organization, we are reaching out to other ethnic groups, civic organizations, and political leaders in search of common solutions, honest dialogue, and bold public policy initiatives.

“On one hand, Chinese Americans are suffering from the much-increased hate incidents and violence, and on the other, we are forced to confront discrimination and mistrust by our own government due to the worsening US-China relationship,” said UCA President Haipei Shue. “We have no other choice but to organize and mobilize ourselves for a better future, a better today now!”

​​On Nov, 17, 2021, a video went viral online of a group of teenage girls brutally beating a Chinese American girl, who had stepped in to help an Asian boy the group had just assaulted. Members of the group had targeted a group of Asian boys on a Philadelphia train the previous day. 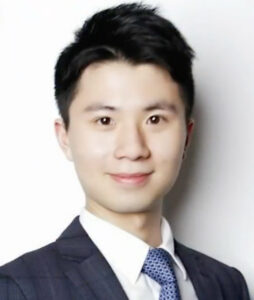 Shao Xiong ‘Dennis’ Zheng. Photo from the University of Chicago via the ABC7 News Report.

Shue said, “These tragic and disturbing events only spur us to do more to reduce violence, end Asian hate and racism, and advocate for radical change for the sake of our youth.”