On February 12, 2022, an unusually sunny and warm day in Seattle, against the backdrop of national campaign against Asian hate, nearly one thousand Chinese community members gathered at Hing Hay Park in Chinatown to join the Chinese Expulsion Remembrance Rally and March, in commemoration of the 1886 Seattle Riot against Chinese residents. 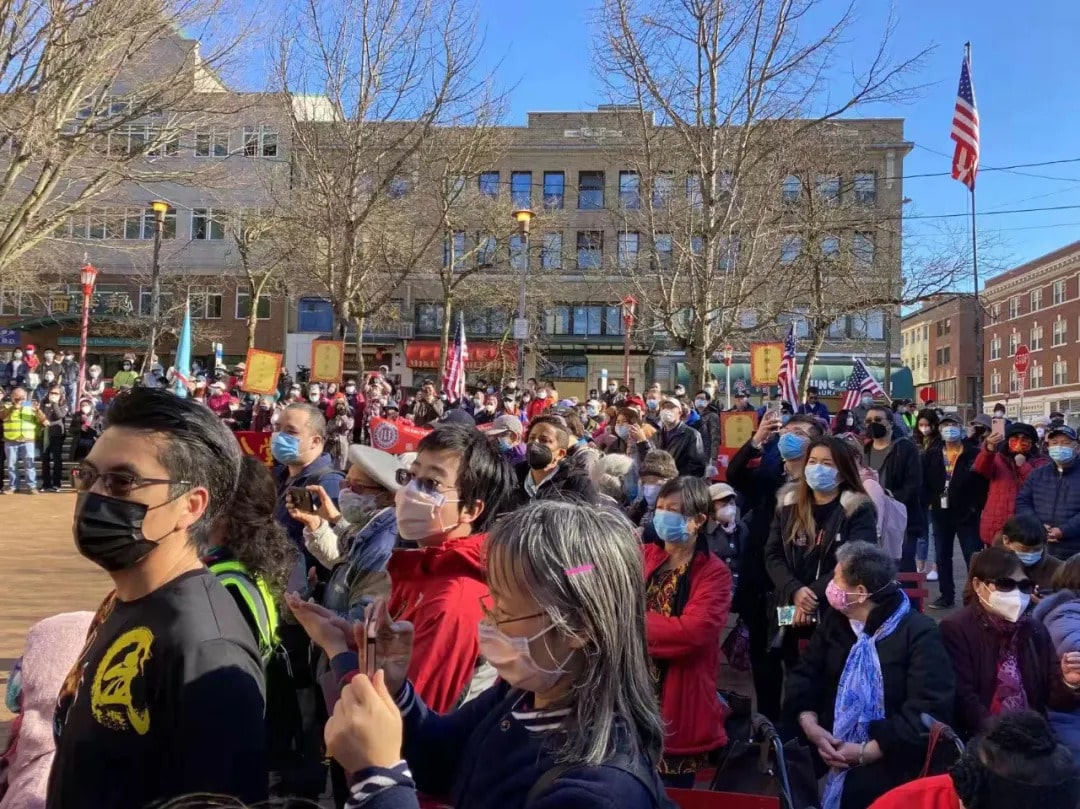 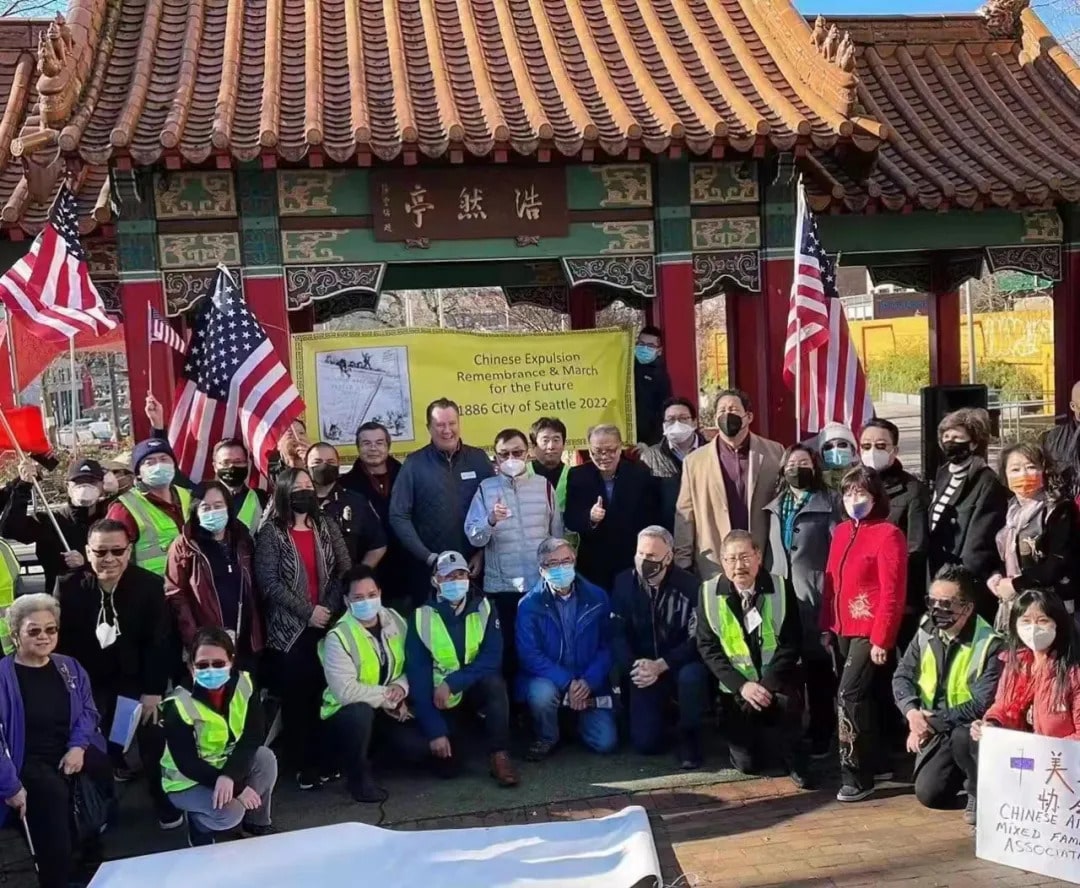 The 1886 Seattle riot took place from February 6th to 9th, when angry mobs forced more than 300 Chinese families to board ships for San Francisco, killing several Chinese during the riot, destroying and robbing them of everything they have. Elected officials from all levels of government came to the memorial event and spoke out against this ugly episode in Seattle’s history, emphasizing the need for Washington state today to build a truly diverse and inclusive city that must not allow this history to repeat itself today. Officials in attendance included former Ambassador to China and former Governor Gary Locke, U.S. Congressman Adam Smith, King County executive Dow Constantine, Seattle Mayor Bruce Harrell, Seattle Police Chief Adrian Diaz, former Seattle Deputy Mayor Mike Fong, Bellevue Mayor Lynne Robinson, and former Bellevue Mayor Conrad Lee and others. 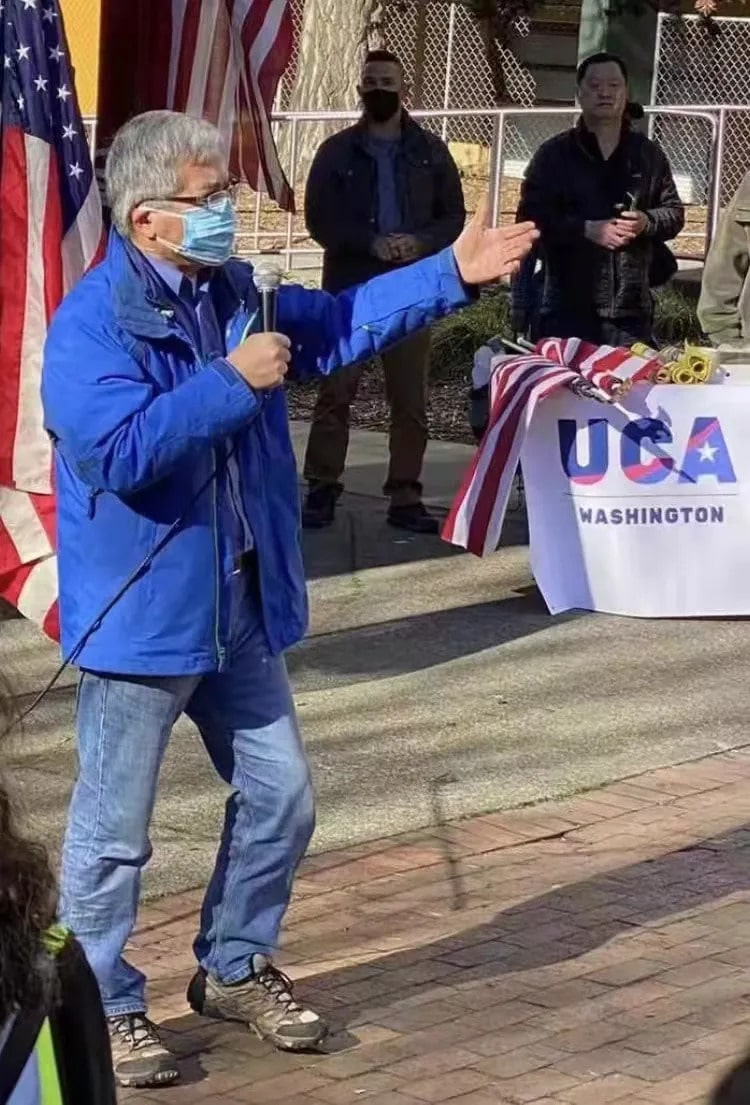 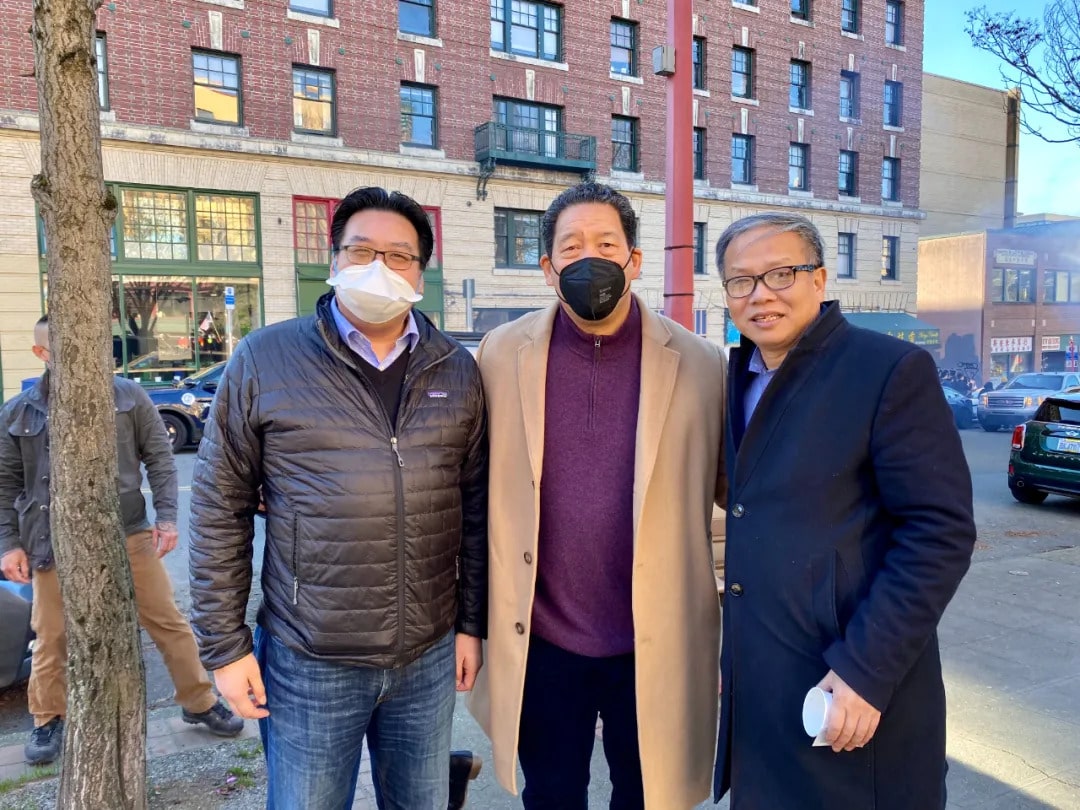 In his closing remarks, Haipei Shue, national President of United Chinese Americans (UCA), recalled the discrimination and violence against the Chinese people, especially after the passage of the Chinese Exclusion Act in 1882. “Today, a new brand of racism and nationalism is on the rise, Asian hatred is prevalent, and mistrust of Chinese and Asian Americans is on full display,” Mr. Shue said. “If we do not remain vigilant, history may certainly repeat itself. We simply cannot allow this ugly history of the past to return to our city, our state and our nation. Never again!” 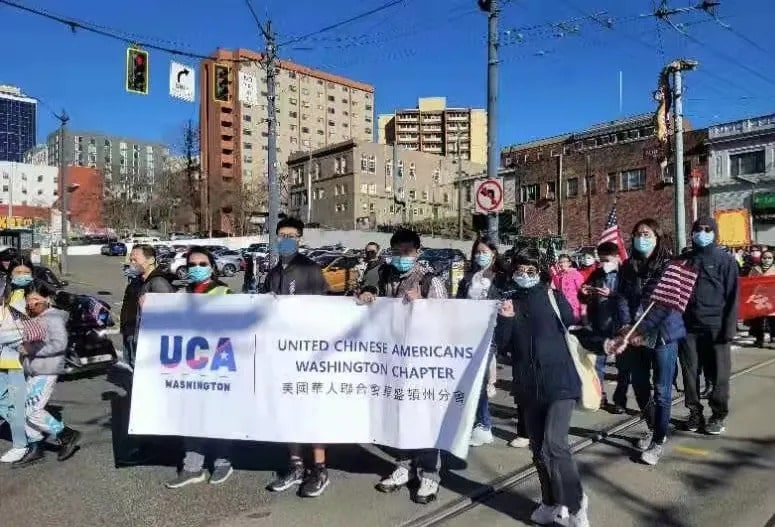 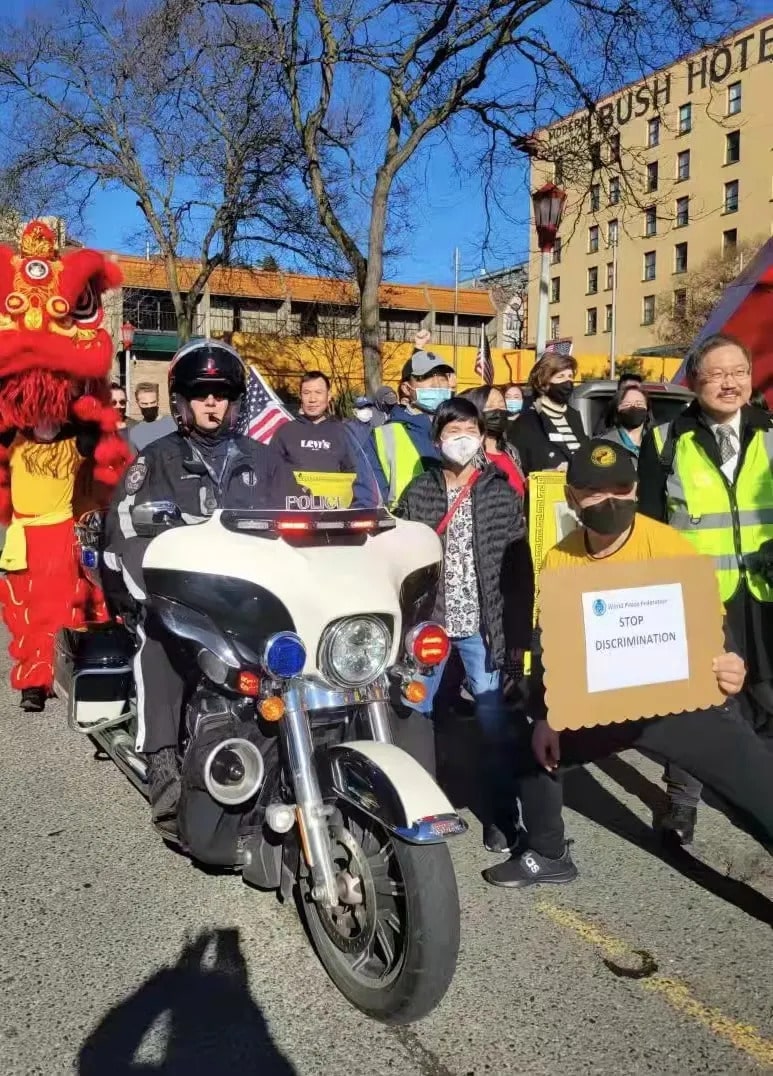 After the speeches, UCA Washington Chapter President Winston Lee called the march to begin. The community marchers retraced the same route that their ancestors took when they were violently driven out of Seattle, holding banners, signs, and chanting slogans. Notable among the participating groups are Olympia Area Chinese Association and the Bellingham Northwest Chinese Cultural Fellowship, community representatives from Spokane, Tacoma, and many more[a]. The Seattle Police Department led the way for the parade and escorted the crowd all the way until everyone returned to Chinatown. 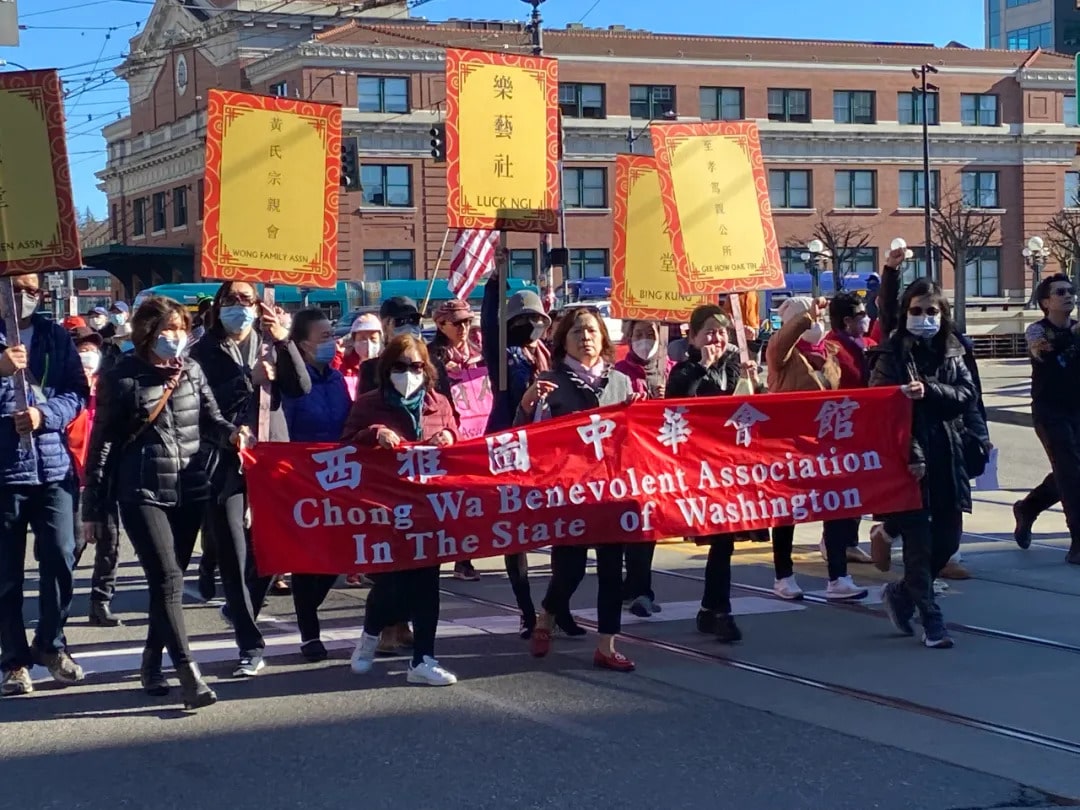 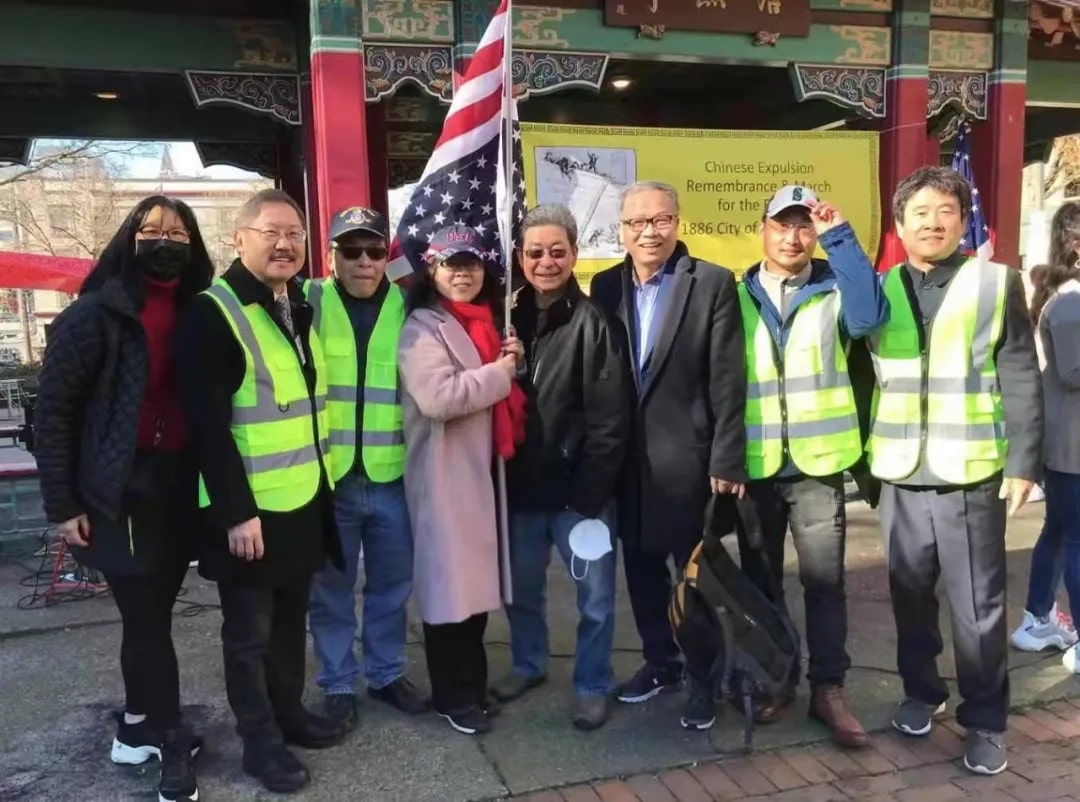 As the leading organizer of the Seattle 2022 Rally and March, UCAWA will continue the Seattle project to remember the past and embrace the future. We believe, through these efforts, Washington State can truly be an open, inclusive, forward-looking state where communities of all backgrounds can live together in peace and prosperity. We would like to express our heartfelt thanks to all the participating community leaders, organizations and volunteers who made it a success! 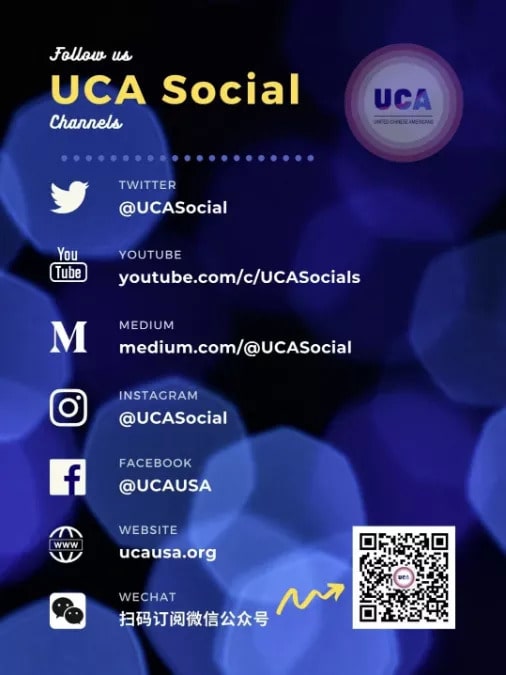