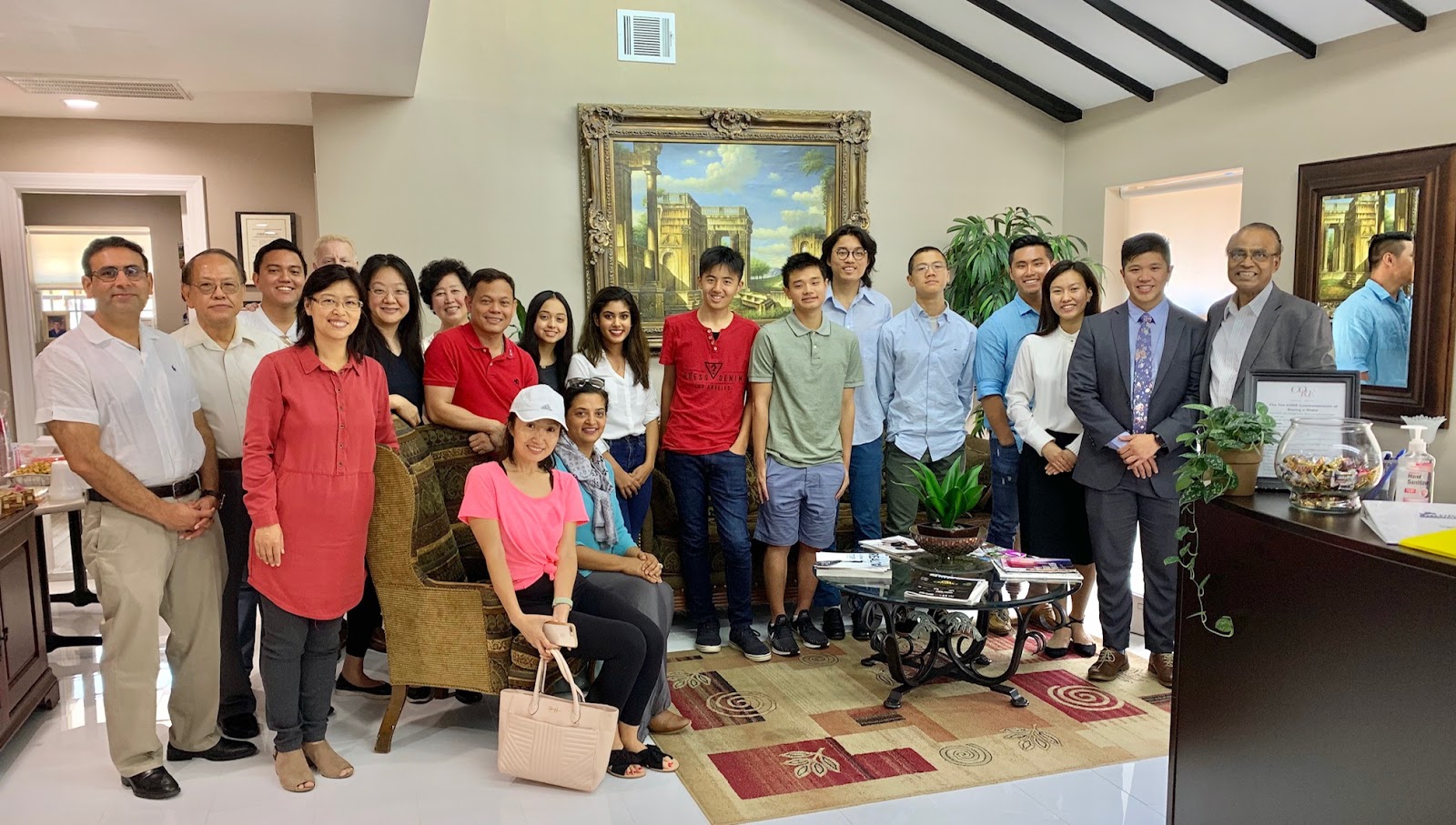 Program director Dr. Helen Shih, representative of UCA Houston and a board member of UCA, said she started this program this year to increase the public awareness and number of Asian American Pacific Islander (AAPI) students interested in public services and governmental affairs. The internship was sponsored by Civic Leadership USA (CLUSA), a national non-profit organization promoting civic advocacy in the AAPI community. This summer, CLUSA has funded about 30 summer student internship programs in different cities and regions in the US.

During the event, program director for OCA internship, Debra Chen, who is also the executive director of OCA – Greater Houston, emphasized the importance of the 2020 census advocacy, which is the focus of the student internship. She said during the 2010 census which was 10 years ago, there was no federal resource allocated to the AAPI community. However, census data directly impact governmental resources received by the community, election redistricting, and AAPI representatives. Therefore, lack of recognition and governmental support cost dearly to the community, which is made even more vulnerable under the current anti-immigrant atmosphere in the nation.

Nelvin Adriatico, a leader of the Philipino American Coalition of Texas, who mentored students this summer, said he is particularly interested in bringing out a bigger voice for the AAPI community and motivating younger generation leaders. He said AAPI families have traditionally emphasized on good education and good jobs in science and engineering field. But lack of representation of the community in the large and diverse cities like Houston is becoming a serious problem. That’s why he wants to run for Houston City Council position in the area that includes Chinatown and other heavy concentration of AAPI communities to make a change.

Student representative Mishaal Gardezi presented the work she did in the summer, which included voter registration, voter outreach, and civic education. She said she has been participating in program like this since middle school. As a Muslim American and also a young woman, she feels more empowered to stand up for the community and to help more young people involved. Although she didn’t take much break in the summer, the work is very rewarding, fulfilling, bringing her a greater experience and the sense of inner joy.

Because of lack of federal and state funding, grass-root effort by civic organizations like OCA, CLUSA, and UCA is going to be very critical in 2020 census and election seasons. Dr. Shih said AAPI organizations are coming together to discuss this important issue during September’s National Civic Leadership Forum in Washington DC. she hopes to continue to support the students and internship programs in the fall and in 2020 with these organizations. Interested students and mentors should contact the program directors directly.