The U.S. Department of Justice’s “China Initiative” runs into serious trouble and is in for an imminent review by the DOJ and the White House, due to the growing outrage and mounting pressure from the academics, civil rights organizations, Chinese American community, members of Congress, and many disillusioned law enforcement professionals. UCA organized a “Day of Action” to put more pressure on the federal government to take immediate action to end the infamous program.

Carrying the portraits of 9 victims–from Dr. Wen Ho Lee over two decades ago to Dr. Aiming Hu against whom the government’s case fell apart recently–and shouting “Chinese Americans are Americans,” “Science is Global,” “Stop Profiling Chinese Americans,” “Salute the Contributions of Chinese American Scientists,” and “End the China Initiative,” the Chinese community protesters have made the federal government hear their voice and demand.

Later on the same day, more than 120 people, including reporters from AP, Mother Jones, New Yorker, Science Magazine, and Times Higher Education, among other media outlets, joined the “UCA Press Conference for the Victims of the DOJ’s China Initiative.” Here is the recording of the online press conference:

UCA President Haipei Shue delivered the opening remarks for the special event that marked the largest gathering in a single session of so many victims and witnesses of the China Initiative. Mr. Shue praised them for their courage to speak up against the government despite lingering fear. Congresswoman Judy Chu and Congressman Ted Lieu each gave a powerful speech demanding the government stop racial profiling and treat Chinese Americans equally. They were followed by talks from three individuals involved in their different roles in the recent “Dr. Anming Hu case”: Phil Lomonaco, the defense lawyer, Jamie Satterfield, a reporter for local Knoxville News, and Wendy Chandler, a member of jury. They all shared their personal thoughts on the trial and the China Initiative. Ms. Chandler in particular found the government case “the most ridiculous.” Two victims of the China Initiative, Dr. Anming Hu, professor at University of Tennessee, and Dr. Qing Wang, former senior researcher at the Cleveland Clinic, recounted in chilling detail how government had mistreated them and what it was like to go through the legal ordeal. The event ended with an emotional and passionate call to end the China Initiative from Ms. Hong Peng, whose husband Prof Tao at Kansas University is awaiting trial set in March 2022. 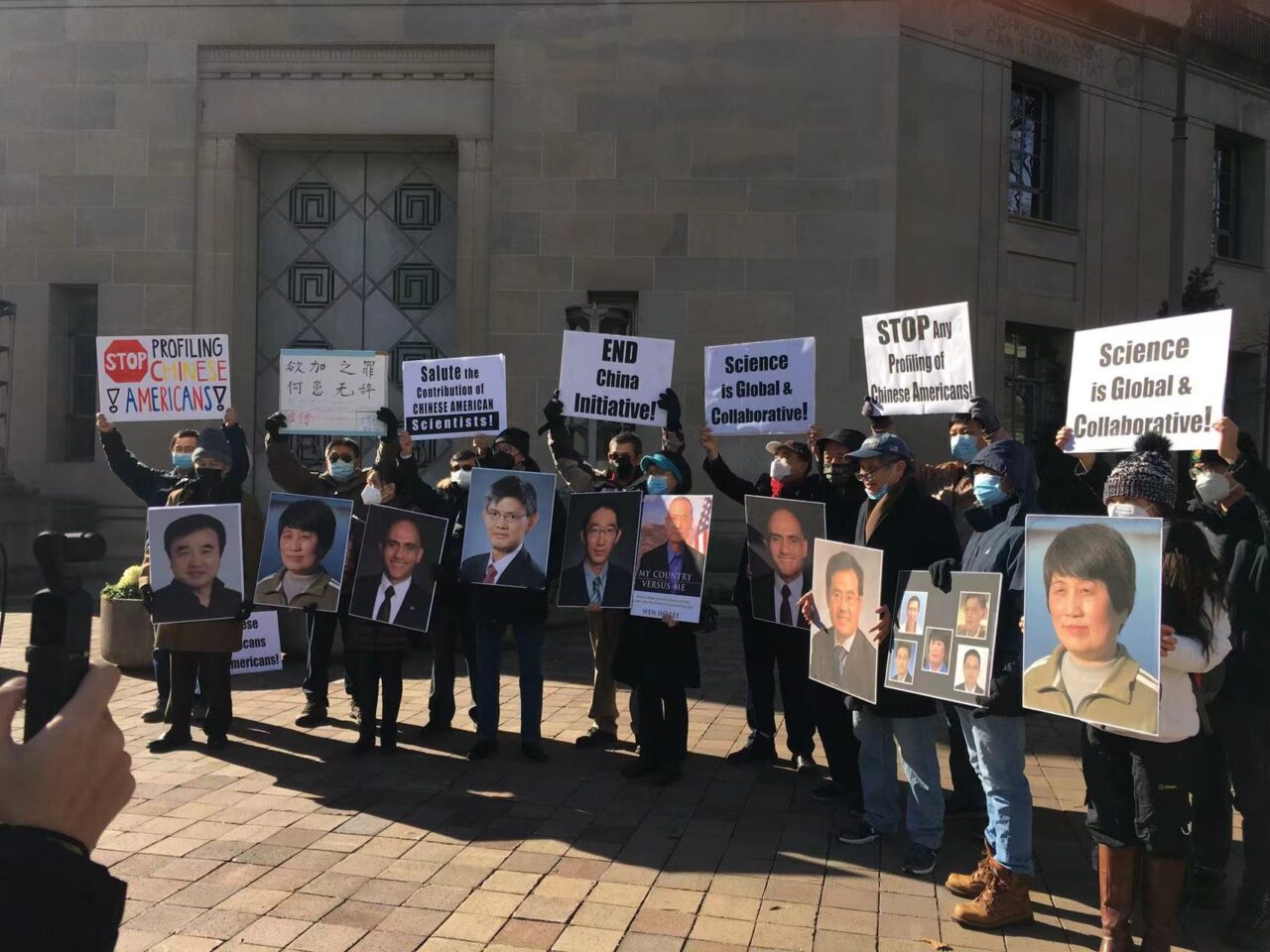 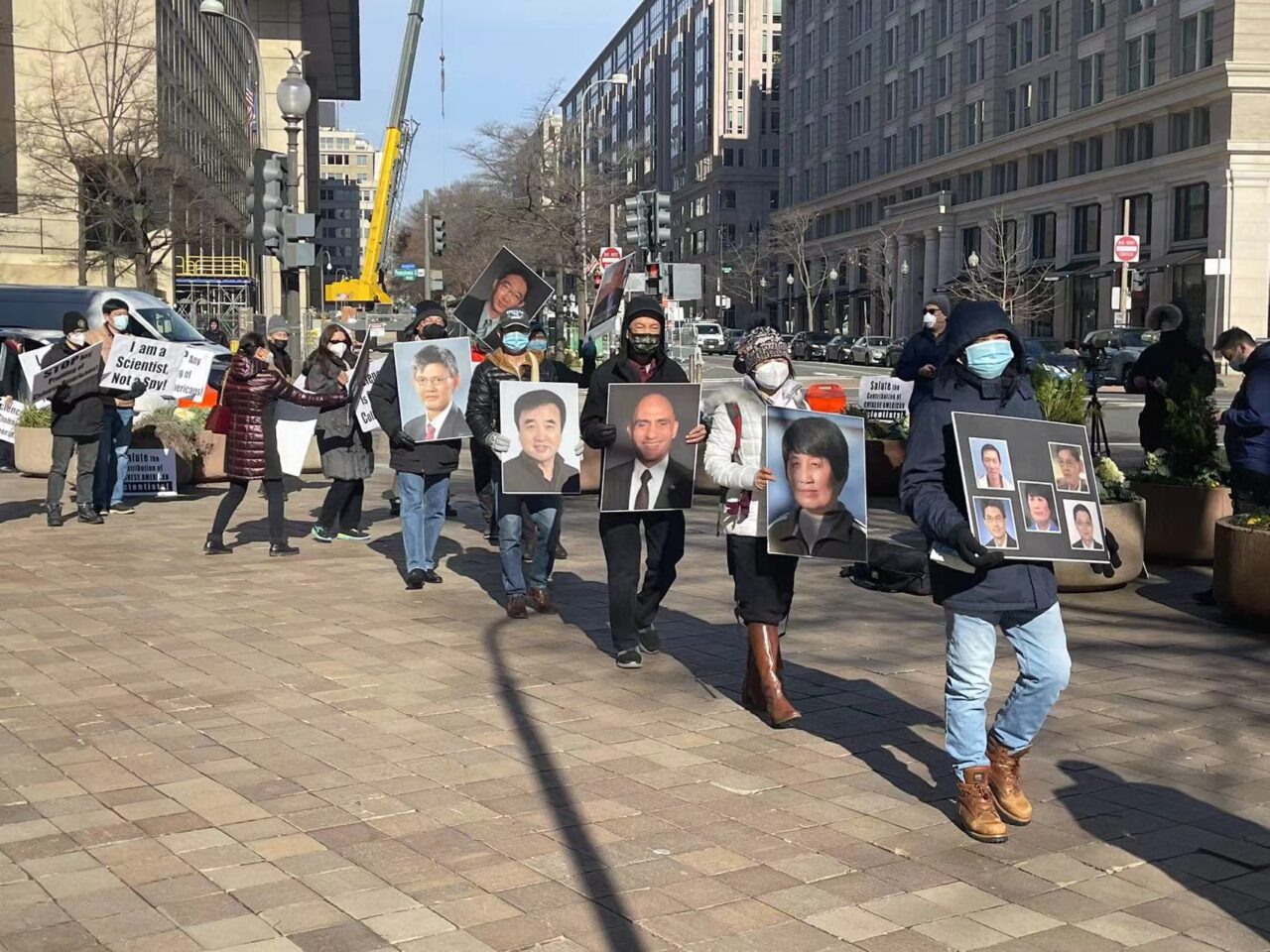 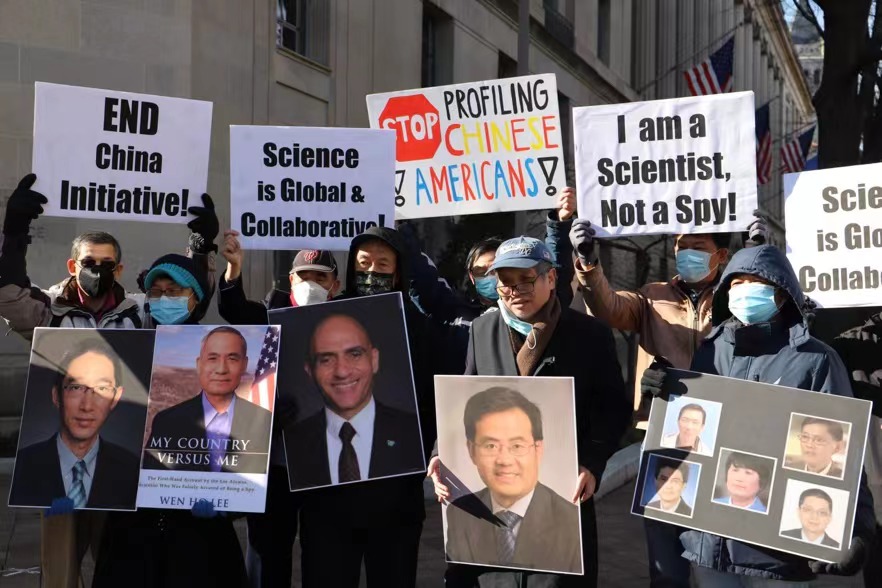 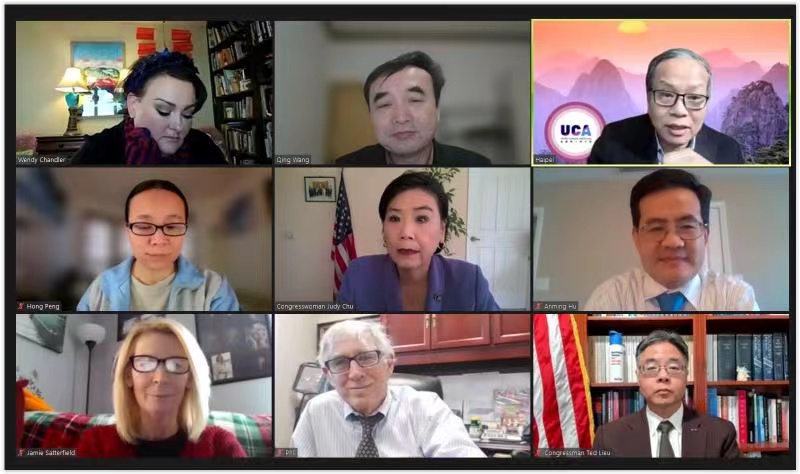